A new Cochrane Review has found that mothers who increase their intake of omega-3 long-chain polyunsaturated fatty acids (LCPUFA) during pregnancy reduce the risk of their babies being born preterm.

Preterm birth complications are the leading cause of death among children under 5.

Every year, an estimated 15 million babies are born preterm – that is before 37 completed weeks of pregnancy.

Thing is, the earlier a baby is born, the higher the risk of death or serious disability.

Premature babies can have a range of serious health issues including breathing and digestive problems, and bleeding in their brains. Long-term problems may include developmental delay.

As big as the problem is, scientists until recently, had not yet figured out how to predict when a baby will be born prematurely.

This means expectant mothers must do everything in their power to ensure that their pregnancy goes full-term.

The research results from the Cochrane Review gives them one very clear option: increase your intake of foods that are rich in omega-3 fatty acids.

This review is an update of a Cochrane Review that was first published in 2006.

The lead author, Associate Professor Philippa Middleton, and her team took a close look at long-chain omega-3 fats and their role in reducing the risk of premature births.

They focused on DHA and EPA, which are found in fatty fish and fish oil supplements.

Their comprehensive review included 70 randomized trials (RCTs) that involved 19,927 women who were at low, mixed or high risk of giving pre-term birth. RCTs is a research method that provides the most reliable results.

The team found that for pregnant women, increasing the daily intake of long-chain omega-3s lowers the risk of having:

Why is This Important?

Preterm birth (babies born before 37 weeks pregnancy) come into the world at a great disadvantage.

So, it’s crucial to figure out what can be done to help pregnant women carry full-term.

This scientific review established that intake of omega‐3 fatty acids is associated with longer pregnancies.

So, if pregnant women could be persuaded to consume more omega-3 fatty acids through eating more oily fish, there would be fewer premature births with the accompanying risks for mothers and babies.

“There are not many options for preventing premature births, so these findings are very important for pregnant women, babies and the health professionals who care for them,” Middleton says.

“We don’t yet fully understand the causes of premature labor, so predicting and preventing early birth has always been a challenge. This is one of the reasons omega-3 supplementation in pregnancy is of such great interest to researchers around the world.”

The Cochrane review on the same subject undertaken back in 2006 didn’t find that there was enough evidence to support prescribing omega-3 fatty acids supplements for pregnant women.

This new review more than a decade later finds the opposite. It finds that there’s high-quality evidence that omega-3 supplementation would protect against preterm birth.

The scientists acknowledge that many pregnant women around the world are already taking omega-3 supplements.

However, Middleton makes the point that many supplements currently on the market don’t contain the optimal dose or type of omega-3 for preventing premature births.

“Our review found the optimum dose was a daily supplement containing between 500 and 1000 milligrams (mg) of long-chain omega-3 fats (containing at least 500mg of DHA) starting at 12 weeks of pregnancy,” Middleton said in a statement.

What are Good Food Sources of Omega-3?

Omega-3 fatty acids are long-chain polyunsaturated fatty acids that include EPA, DHA, and ALA.

EPA and DHA are primarily found in fatty fish, such as salmon, tuna, and anchovies while ALA is found in vegetable oils, nuts, flaxseeds and flaxseed oil, and leafy vegetables.

The Problem With Omega-3 for Strict Vegetarian Expectant Mothers

While there are many plant sources of omega-3 including chia seeds, and flax seeds, getting in all the omega-3 fatty acids from these sources is problematic.

The human body cannot synthesize ALA, making it an “essential fatty acid” because it needs to be obtained from dietary sources.

Strict vegetarians can get ALA from their diets through plant sources but what about EPA and DHA?

ALA can be converted by the body into EPA and DHA, but the amounts are not significant (less than five percent).

So, it would seem that expectant mothers who are strict vegetarians would have to make sure that they consume adequate amounts of ALA through their diet, or they must consider taking an omega-3 supplement to be safe. 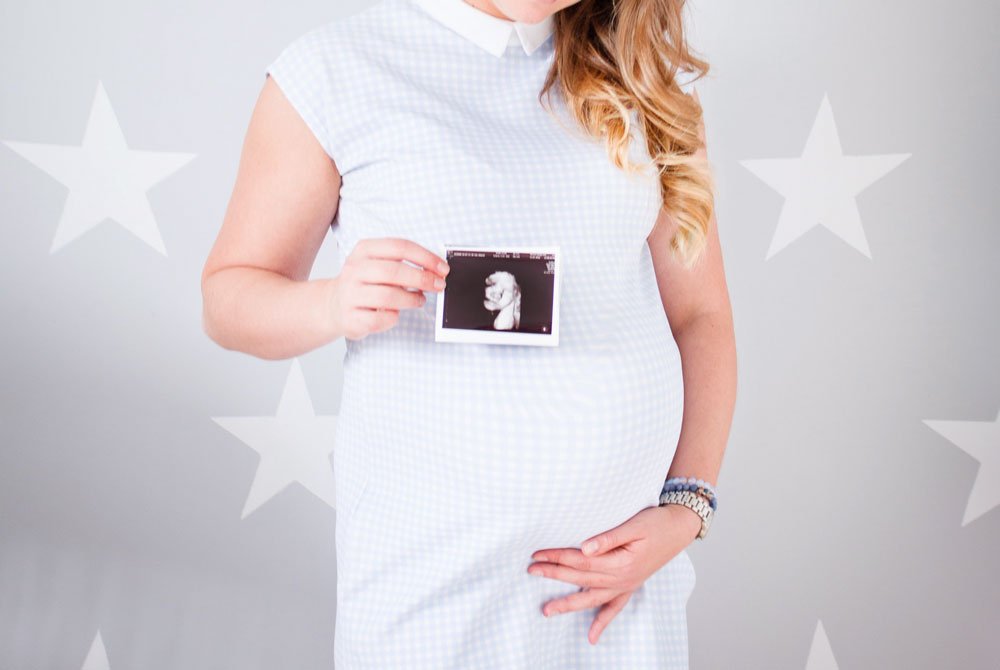