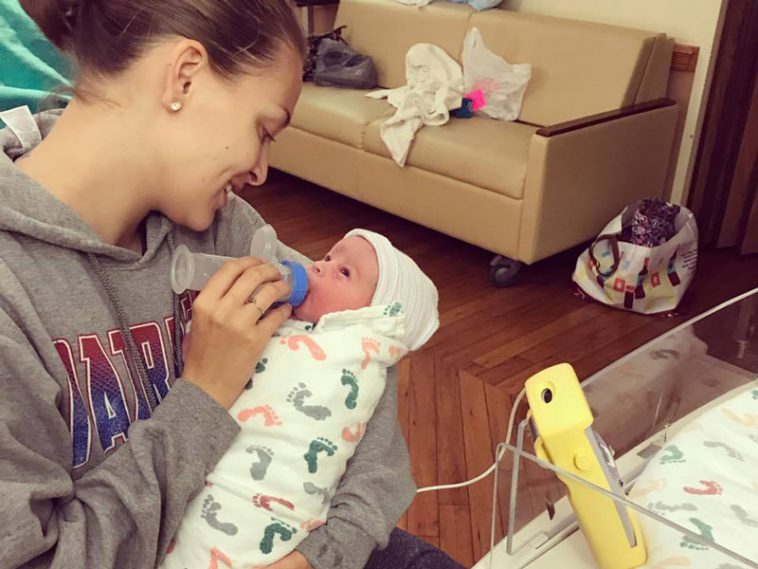 SHARING IS CARING………..see how this mother and daughter took this slogan to a whole new level; and why it is causing such a stir on social media!!!

We have all read stories that inspire us; in fact, we have also read those that have us sobbing uncontrollably! Most times we are bombarded by stories of neglect that are turned around by an “angel” who took the time to rescue an abandoned pet or neglected child……so when we saw this story of a mother and daughter’s love for one little newborn boy, we just had to have it posted for all to see!

It starts with a daughter who is a mother herself, “saving” her newborn brother from going through the ordeal of having an IV inserted into his little veins by giving him the one thing her own mother could not……….no; this is not a story about a sibling giving bone marrow or donating an organ………but rather giving something as simple yet life-sustaining as her own BREAST MILK!!!

Now, if you are not a mommy yet; or never had your baby suckle your breast in order to stay alive, then you may not understand how incredibly heart-wrenchingly, beautiful this story truly is. Not only is it beautiful but the more I think about it the more it embeds an unexplainable feeling of awe into the deepest parts of my very soul.

It is hard to explain the absolute feeling of elation and immense pride at knowing that every drop of sustenance your baby needs is naturally made by your body!! But then there is also the flip side of this scenario where a mommy due to medical reasons could not provide her son with the one thing he needed right then and there. Which brings us back full circle to this amazing story.

Due to Ofelia’s mom Trisha being a type two diabetic, little James was also born with low blood sugar levels. He needed to urgently be fed and Trisha being an amazing mom and understanding that breast milk could not simply be replaced, refused formula and instead asked her daughter if she would mind sharing some for baby brother James. The cherry on top…….she asked Ofelia not to hand baby James to her to feed, instead, she lovingly handed the privilege and honor of giving James his first feed over to his big sister.

Big deal you might say!! YES!! VERY BIG DEAL!! Perhaps now you may want to scroll back to the picture of Ofelia holding baby James bottle feeding him her breast milk. Take a good long hard look at the way he is looking at her and in turn his big sister at him! Oh, how I wish I could have been there in that room at that moment……I can almost feel the instant and unbreakable bond being formed. A sister feeding her brother – a mother watching her daughter – a son being spared pain at the start of his life and all this firmly sealed in a bottle of “liquid love” – Breast milk!!

According to updates baby James is doing very well and should be able to feed on his own mommy. The only reason he wasn’t able to be due to Trisha having a long labor and struggling to get him to latch properly in order to drink. Both mommy and baby must have been exhausted after such a long labor, and with both mommy and baby having low blood sugar they would both have been lethargic. 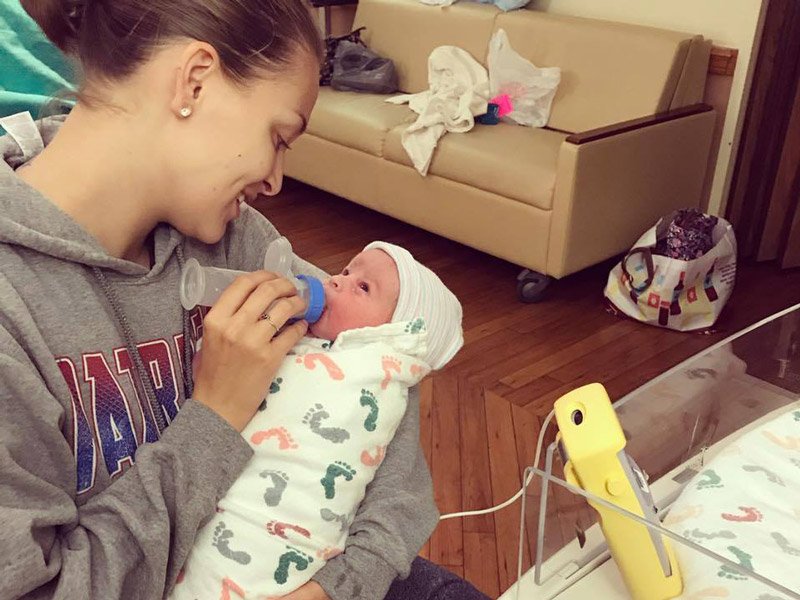