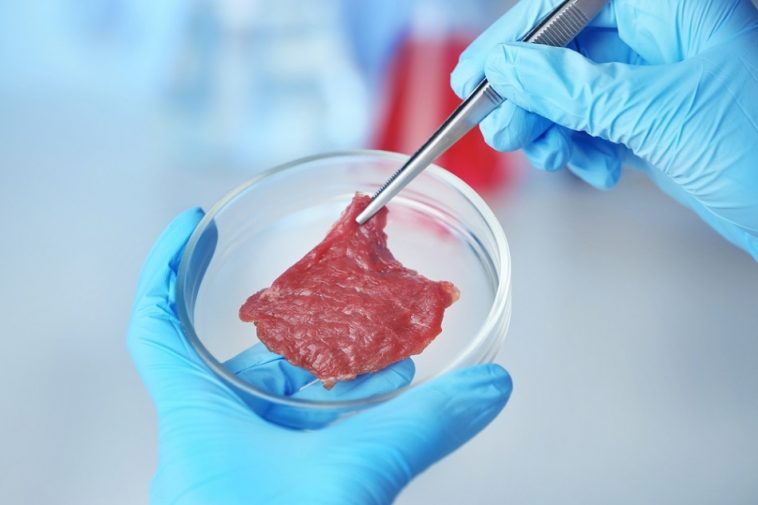 If you look at the caliber of investors in companies that are working on producing meat in labs, then this nascent industry is sure to succeed sooner or later. Soon lab-grown hamburger patties will compete with traditional meat patties for our dollars. And our taste buds.

Bill Gates, Richard Branson and Cargill Inc., one of the largest agricultural corporations in the world, have invested in Memphis Meats, a company that produces beef, chicken and duck meat from animal cells.

Memphis Meat is one of many companies that are producing food for the future: meat that is grown in labs and doesn’t require live animals to produce.

Growing meat in the lab has been made possible because of advancements in stem cell research and tissue engineering.

At the time of his investment, Bill Gates explained on his personal blog: “There's no way to produce enough meat for 9 billion people. Yet we can't ask everyone to become vegetarians. That's why we need more options for producing meat without depleting our resources.”

People worldwide are becoming more aware of their meat intake and whether what they eat is doing them any good.

Why Do We See a Surge of Interest in Developing “Clean Meat”? 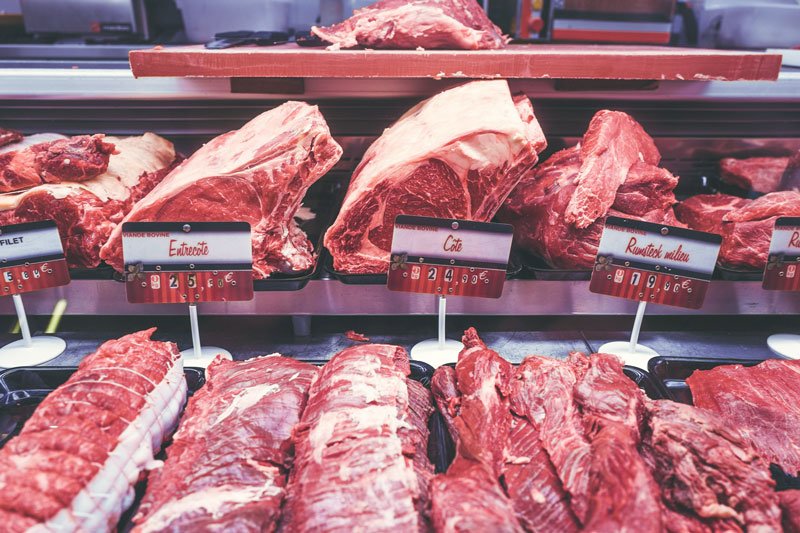 It’s simple: the amount of meat we consume is not sustainable.

Worldwide, per capita, meat consumption is increasing. According to the Worldwatch Institute, people in the developing world eat 32 kilograms of meat a year on average, compared to 80 kilograms per person in the industrial world.

In 2016 the amount of beef consumed in the U.S. was almost 26 billion pounds.

A 2012 report by the United Nations estimated that by 2050 meat production will have to increase to 455 million tons each year, up from 259 tons today.

The impact of meat production on the environment is appalling. From excessive fresh water consumption and soil erosion to deforestation and production of greenhouse emissions, the meat industry is an environmental disaster.

We simply have to come up with a better way to provide protein for a growing global population. And lab-grown meat might just be that solution.

Many people consider meat grown from animal cells in a lab as a more ethical way to produce food.

Even if you don’t care a jot about killing animals and eating them, you have to cringe a bit at the conditions many of these animals spend their lives before they reach your plate.

Just one YouTube video has put many off their meat indulgence for life.

It is possible to create the conditions necessary for cell division in a lab, so they can divide just like they would being part of a body.

Meat grown in a laboratory from cultured cells may feed millions without the need to sacrifice animal life in the process.

For many people, going vegetarian or vegan has been a simple solution to planning healthier meals while avoiding being involved in the unnecessary killing of animals.

The First Meat Patty Grown in a Lab

“The switch from traditional meat production to the use of tissue engineering to produce meat would eliminate many of the negative aspects of meat production,” declares Mosameat, the company whose chief technology officer was responsible for the world's first lab-grown burger.

The hamburger was grown entirely outside an animal’s body by Mark Post, professor of vascular physiology at Maastricht University in the Netherlands in 2013.

The burger consisted of 10,000 small strips of muscle that were individually grown in the lab at Maastricht University and cost $330,000 to produce. 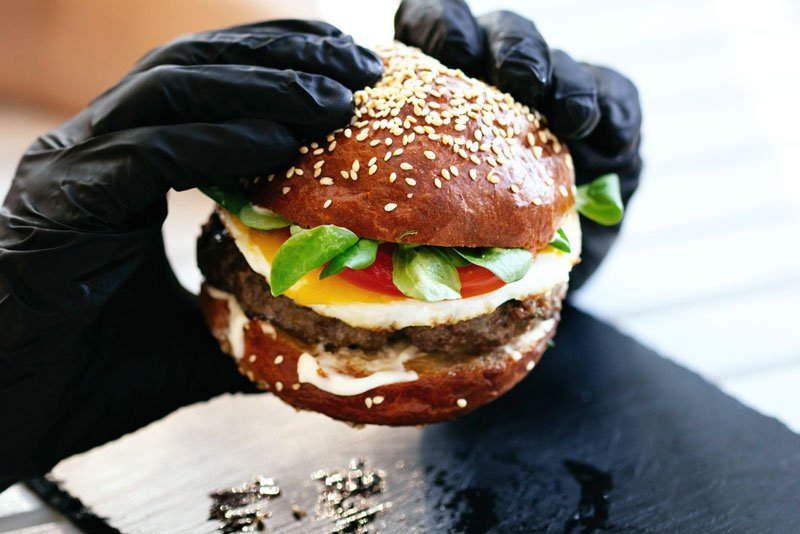 The one problem relates to production cost and the other to customer satisfaction.

Lab-grown meat is very expensive to produce. In order to get the cells to grow, they must be fed salts, sugars, and protein. The protein comes from serum made from animal blood, which is very expensive.

And isn’t it ironic that the blood of animals is forming the basis for a new kind of cruelty-free meat?

The other problem is taste.

When the first burger made from lab-grown meat was presented to journalists in 2013, the tasters reported that the patty tasted almost “too meaty”, meaning that it lacked that special something that fat adds to the taste of meat.

If lab-grown meat doesn’t have the familiar texture, smell or taste of real meat, it simply won’t be accepted by consumers.

Meat is loved by millions exactly for its taste, texture and saliva-inducing aroma. Anything less, won’t do.

There is a number of obvious benefits to growing our meat from cells in a lab.

A switch to cultured meat would lessen the number of animals killed and eliminate much of the unethical practices involved in raising animals for food.

Cultured meat is a potentially healthier and more efficient alternative to conventional meat. Why grow an entire animal if you only plan to consume parts of it?

Cultured meat production would also be much more sustainable.

In comparison to conventionally produced meat, cultured meat involves approximately 45% lower energy use (only poultry has lower energy use), 78–96% lower GHG emissions, 99% lower land use, and 82–96% lower water use depending on the product compared.

Whether you call it lab-grown meat, “clean” meat or cultured meat, the stuff is bound for our plates.

Just imagine a nice juicy steak, straight from the lab. And with it comes peace of mind — no animal was killed, the environment didn’t suffer and you’re probably ingesting a food that was developed to be healthier than conventional meat.

And at least on clean meat company is managing to bring the price down.

The Israel-based startup Future Meat Technologies has developed a unique process to cut down the cost of producing meat and make it possible for farmers to switch from traditional meat production to cellular agriculture.

If this can become a reality, if companies can produce a product that tastes like real meat at a competitive price, consumers will become positively disposed to meat products produced by science rather than nature. 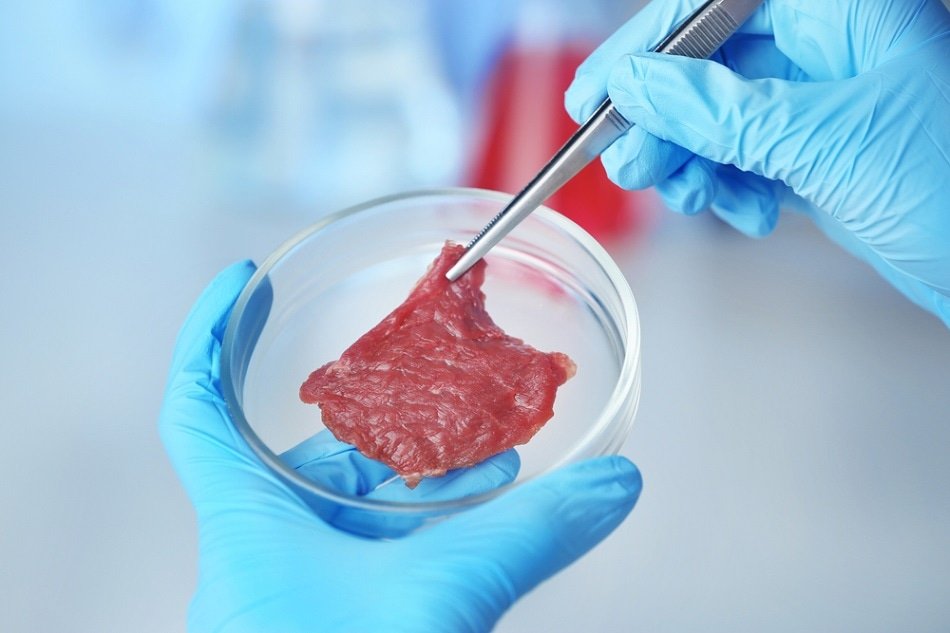