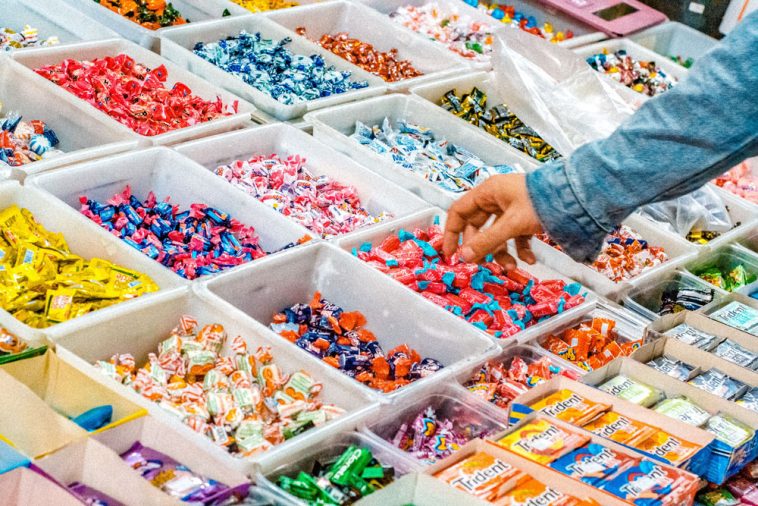 Most of us love something sweet, but we don’t like the inevitable extra body weight and other problems that come with a sweet tooth.

This is where sugar substitutes come to our rescue: they allow us the sweet taste we crave without the damaging calories.

This article looks at the sugar substitute xylitol, its uses, benefits, and drawbacks.

First of all, it’s not an artificial or synthetic sweetener. It’s a so-called sugar alcohol that naturally occurs in small amounts in many fruits and vegetables.

It is also produced by the human body during normal metabolism. The compound is extracted from birch and other hardwood trees to make a sugar substitute as well as medicine.

Xylitol is currently approved for use in foods, medicine, and dental care products in more than 35 countries.

Xylitol is an excellent substitute for sugar 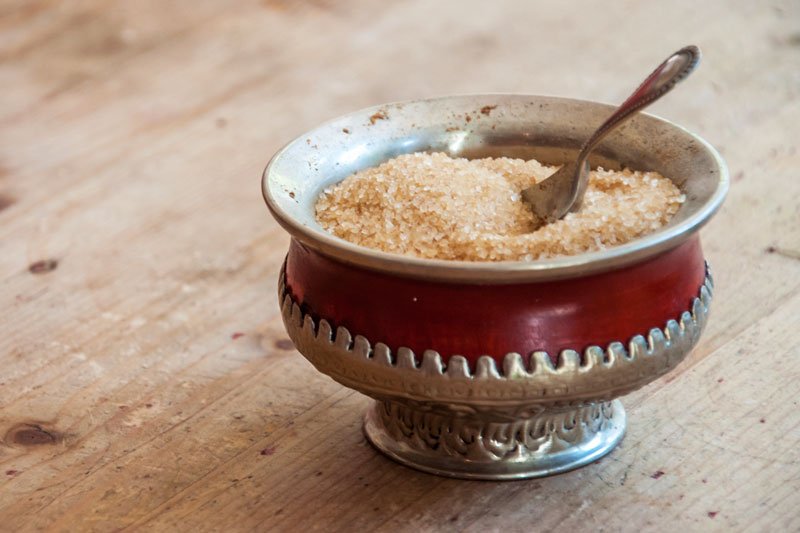 It is granular like sugar and it's used as a sugar substitute in sugar-free chewing gums, candies, diabetes-friendly foods because it has fewer calories than sugar.

Xylitol provides 40% fewer calories than sugar – about 2.4 calories per gram. One teaspoon contains 9.6 calories, compared to 15 calories in one teaspoon of sugar.

One of the major benefits of Xylitol as a sugar substitute is the fact that it has a very low glycemic index (GI). A food’s GI refers to its effect on blood glucose levels.

Foods with a low GI value (55 or less) are digested and absorbed slowly, resulting in a smaller rise in blood sugar levels, which is why this sugar substitute is useful for diabetics to maintain stable blood sugar levels.

However, experts warn that pregnant and breastfeeding women should avoid the sweetener as not enough is known about its effect during those periods.

Xylitol can also be useful for people on a weight-loss regime since it contains so few calories compared to sugar. It also has 75% fewer carbohydrates than sugar.

So, it’s a very good alternative to sugar for people with diabetes or prediabetes, those who are obese or have other metabolic problems.

Research also supports the positive possibilities of xylitol to treat diabetes. It’s important to note that these studies have all been done on rats, not humans.

Studies have found that it has anti-diabetic effects, can prevent the further development of obesity and metabolic abnormalities in obese rats, and can be a better sweetener for diabetics than sucrose.

If xylitol is as sweet as sugar and has a low GI, what about baking with it?

The good news is that xylitol, unlike other sweeteners, won’t break down with heat, so can be used in any recipe that calls for sugar. Baking with this substitute instead of sugar is definitely an option.

Converting recipes is easy as xylitol has the same sweetness as sugar: simply substitute by the same amount (1:1).

Xylitol can be used in place of sugar, especially in recipes for cakes and other bakes. Although it’s similar to sugar, it does not behave the same as sugar when used in baking.

Factors like texture, moistness, and browning will be different from the use of xylitol instead of sugar.

Here are some tips on what to expect from this sugar substitute when you bake with it, and how to adapt your baking to it. 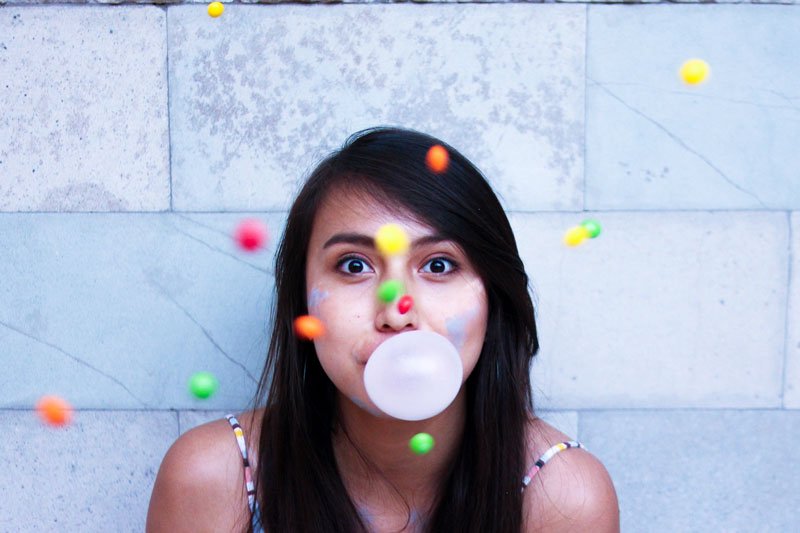 If you have a chewing gum habit, then make it one that includes it. The sweetener is added to some chewing gums as well as some kinds of toothpaste to prevent tooth decay.

It is thought that xylitol may help to prevent tooth decay by stopping the growth of decay-causing bacteria which has an acidifying effect in the mouth that causes cavities.

However, in 2015 a review that included 10 studies that analyzed a total of 5903 participants found that there is little high-quality evidence that xylitol is beneficial in the fight against tooth decay.

One problem with those studies was that they used such diverse research methods that it was impossible to draw any summary conclusions.

Another systematic review and meta-analyses in 2017 found that this sugar substitute supports dental health and helps prevent tooth decay.

However, the researchers concluded that more randomized control trials are necessary to determine the clinical effectiveness of xylitol.

The latest study undertaken by researchers at UC San Francisco came to an interesting conclusion.

The researchers used various tooth decay prevention agents, including xylitol, and found that they were all effective in preventing caries in high-risk patients.

After the trial period, all groups, including the control group, were at a lower risk of caries.

Looks like those xylitol-containing mints and gums are a good choice for teeth health.

Treatment for the middle ear infection 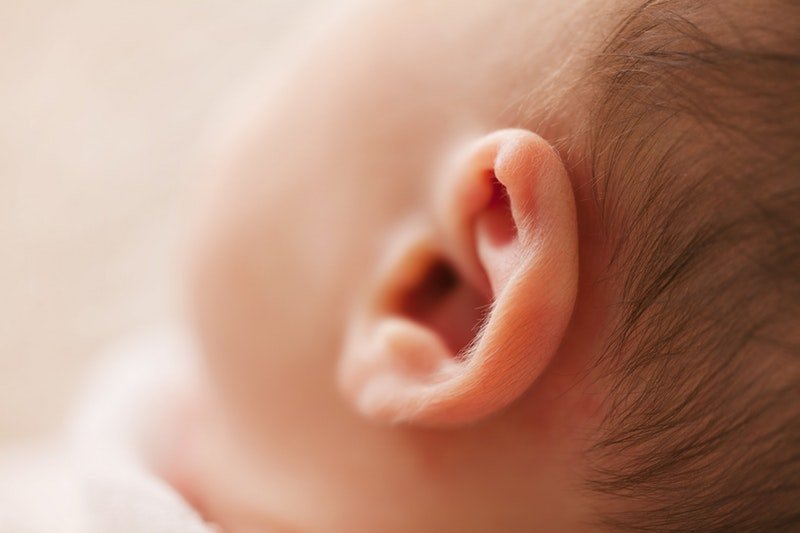 This is something that almost all mothers of young children are familiar with. It’s extremely distressing for both parent and child.

A review by a team of Cochrane authors investigated the effectiveness and safety of using xylitol for treating AOM in children up to 12 years of age, and they also updated another Cochrane Review on this subject which was published in 2011.

The authors identified five clinical trials that involved 3,405 children in daycare. The quality of evidence was moderate for healthy children and children with respiratory infections, but low for otitis-prone children.

They found that xylitol in chewing gum, lozenges, or syrup, can reduce the occurrence of AOM by 30% to 22% among healthy children who don’t have an acute upper respiratory infection.

Don’t bring xylitol near your dog 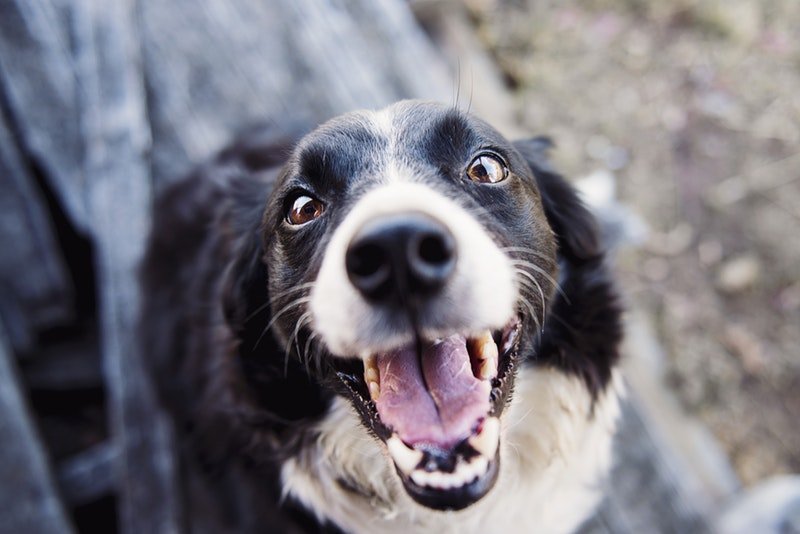 Don’t give your dog treats that contain xylitol. This sweetener is extremely toxic to dogs and ingestion can lead to liver failure and even death.

Why is it toxic to dogs?

When dogs eat something containing xylitol, the sweetener is quickly absorbed into the bloodstream, resulting in the release of insulin.

This release of insulin can cause a severe decrease in the level of blood sugar (hypoglycemia), which can be life-threatening, if untreated.

Experts say even small amounts of xylitol can cause hypoglycemia, seizures, liver failure or even death in dogs. 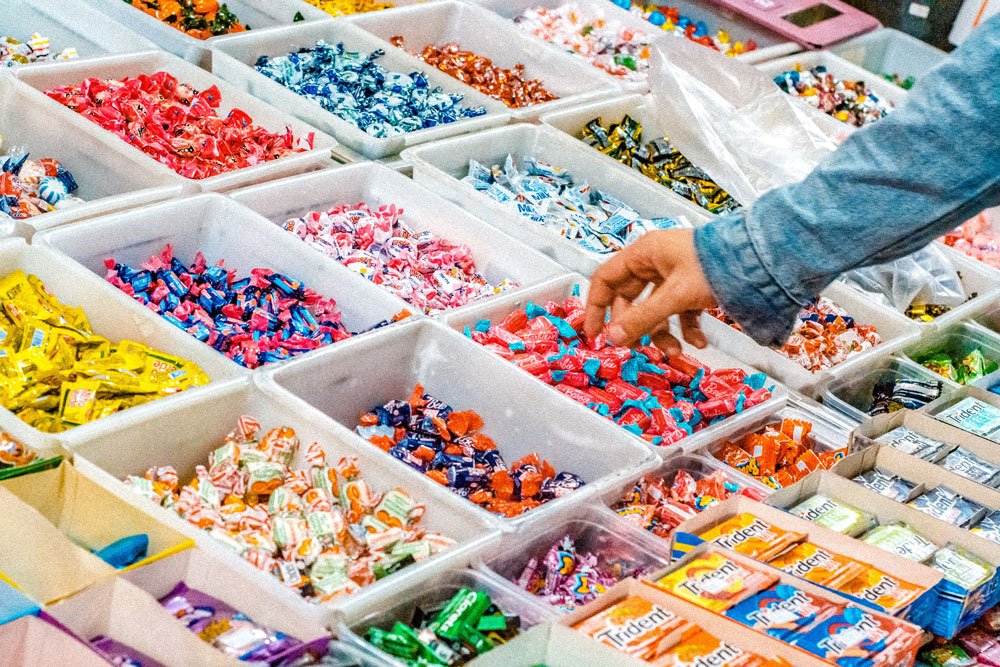