Most of us are aware of the bad consequences for our health if we consume too much sugar. We know that if we put on too much weight, there’ll be a rise in blood sugar levels and we’ll run the risk of developing diabetes type 2.

But how many of us are aware that high sugar intake also affects our mental health?

Think about it: food and mood are partners.

When you’re hungry, you’re grumpy; when you’re sated, you’re elated. Or maybe not exactly elated, but at least satisfied.

According to a 2014 article in the International Journal of Epidemiology, common mental disorders are highly prevalent globally, affecting people across all regions of the world.

On average one in five adults (17.6%) experienced a common mental disorder within the past 12 months and 29.2% across their lifetime.

Could there be a connection between high sugar intake and mental illness?

With type 2 diabetes cells cease to respond to the hormone insulin, which is there to remove the sugar out of your bloodstream. Because the cells don’t react to the insulin, blood sugar levels rise, which triggers the pancreas to produce more insulin.

The resulting high blood sugar levels have many serious health effects, including Alzheimer’s disease (AD). AD is the most common form of dementia and the seventh leading cause of death in the United States.

Why does the risk of dementia increase with diabetes type 2?

A new study led by Dr. Sujung Yoon of the Ewha Woman’s University in Seoul, South Korea, looked at this question.

They specifically looked at early-stage patients’ brain structure and how their cognitive functions were affected.

The researchers discovered that overweight/obese people with early stage type 2 diabetes showed changes in their brains.

The overweight group showed more prominent cortical thinning and disrupted white matter, so the researchers think people who are obese and have type 2 diabetes are at greater risk of developing dementia, including AD.

Consuming high levels of sugar has also been associated with depression.

A research published in 2002 correlated the per capita consumption of sugar with the prevalence of major depression in six countries.

The researchers found there was a highly significant correlation between sugar consumption and the annual rate of depression.

A 2011 study in Spain found eating these foods puts you at higher risk of developing depression.

A more recent study in 2014 looked at the consumption of various types of sweetened beverages and self-reported depression diagnosis. This was a large study of 263,923 participants of the NIH-AARP Diet and Health Study.

They found that higher consumption of soft or fruit drinks was associated with a higher risk of depression.

What you eat, whether it’s sugar or not, won’t make you anxious, but too much sugar can simulate the symptoms of anxiety which can make you feel pretty miserable.

When you eat sugary food, your blood sugar spikes. This high followed by a subsequent crash can make you feel shaky and very irritable, your mind unable to focus.

If you are already living with anxiety, this sugar crash will contribute to a feeling that you’re unable to cope and so induce more anxiety.

Research has established a correlation between what we eat and changes to the brain that affect mood. In a 2008 study on rats found that rats that binged on sugar and then fasted, displayed signs of anxiety and of withdrawal the same as in addiction.

A UCLA rat study published in the Journal of Physiology has shown how a diet steadily high in fructose slows the brain, hampering memory and learning.

After six weeks of taking a fructose solution, the rats forgot their way out of a maze, whereas rats that ate a nutritious diet and those that were fed a high-fructose diet that also included omega-3 fatty acids found their way out faster.

Omega-3 protects against damage to the brain synapses, while the high sugar diet caused insulin resistance, which damaged brain synapses. This disrupted learning and memory.

A review on the impact of diet on learning, memory, and cognition, says there is evidence that exposure to high fat and high sugar diets during adolescence has a more negative effect on cognition than such exposure during adulthood.

Such diets are especially bad at this time because this is the time when the brain is still immature and in a state of heightened neuroplasticity.

Did you know that the same brain pathways that evolved to motivate humans to look for food and to eat it, also underlie drug-seeking and taking drugs?

A study and literature review by researchers N. M. Avena, P. Rada, and B. G. Hoebel explored the behavioral and brain mechanisms behind the ongoing craving for sugar-rich foods.

The researchers looked at evidence that sugar can be addictive, using an animal model. They took into account the four components of addiction: bingeing, withdrawal, craving, and cross-sensitization.

They looked at research that subjected rats to a schedule of intermittent access to a sugar solution and withholding the solution. Researchers observed the classic signs of addiction: bingeing, withdrawal, craving and cross-sensitization.

The review came to the conclusion that in some circumstances, intermittent access to sugar can lead to behavior and neurochemical changes in the brain that is similar to the effects of substance abuse. 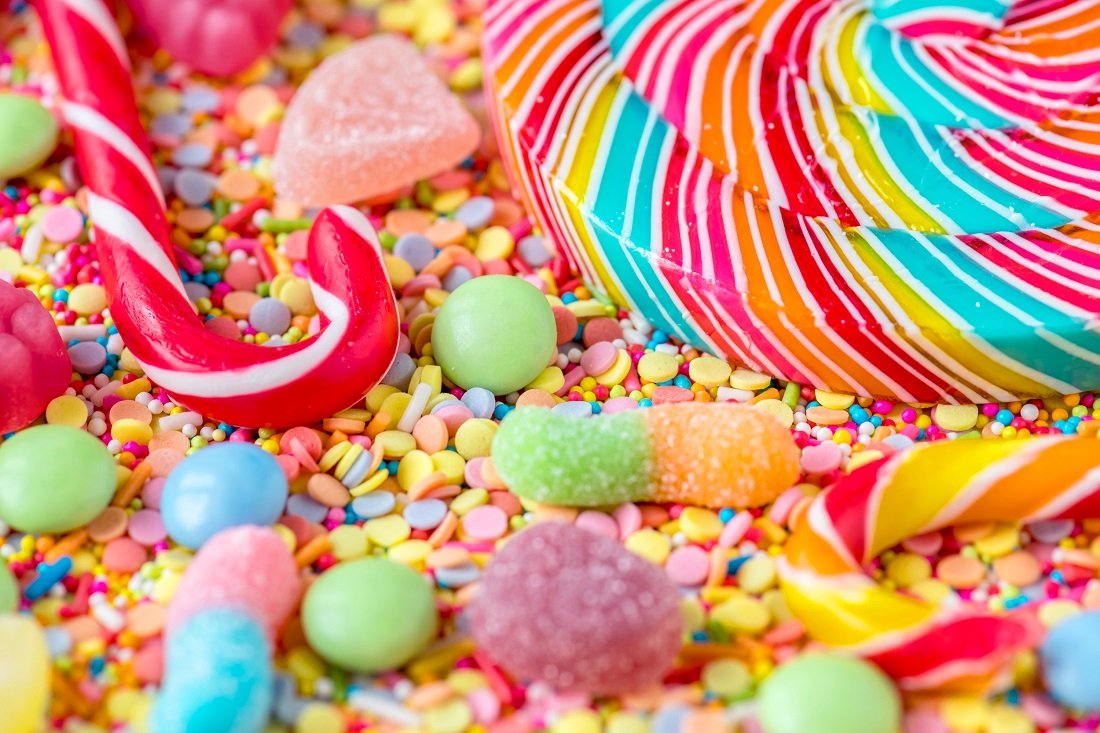