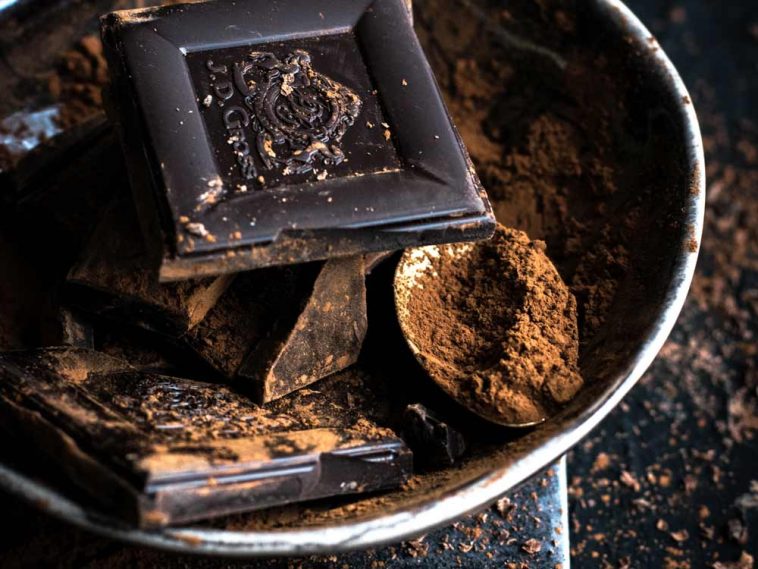 It’s probably safe to say that chocolate in one of the world’s favorite sweet treat, but did you know that cocoa powder is actually bitter?

Dark chocolate has potent antioxidant properties. Cocoa itself contains more flavonoids that act as antioxidants than most foods.

This is good for your health. Studies have shown that flavonoids have antiallergenic, antiviral, anti-inflammatory, and improved blood flow actions.

The presence of flavonoids in chocolate has sparked scientific research into the possible health benefits of chocolate.

Research has revealed that cocoa powder may have beneficial effects in a number of chronic diseases including heart disease and stroke.

A review of randomized controlled trials found that arterial function was significantly improved immediately after, within hours, and even after weeks or months of regularly ingesting cocoa.

Flow-mediated dilation (FMD), improved after chronic and acute intake of chocolate or cocoa and the dose didn’t matter, but doses of 50mg seemed more potent in their effect on blood pressure and blood flow.

Flow-mediated dilation refers to dilation of an artery when blood flow increases in that artery.

The research demonstrated the beneficial effect of cocoa on blood pressure and vascular function. 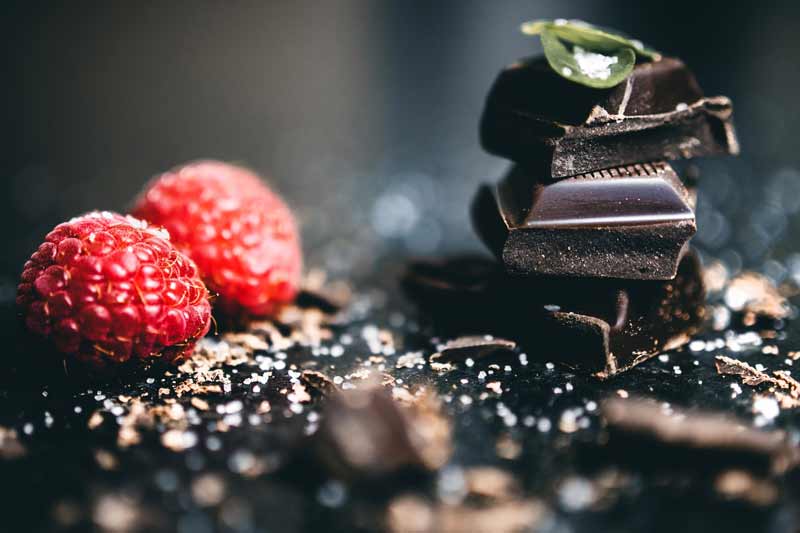 There was a study where the researchers were able to test the effect of chocolate on the arteries of the heart.

The study involved 22 heart transplant patients in a double-blind, randomized study. The scientists found that dark chocolate has a diluting effect on the coronary arteries.

Then they also did the so-called “cold pressor test” before and 2 hours after ingestion of 40g of chocolate containing 70% cocoa.

The cold pressor test involves plunging participants’ hands in ice water. Normally, when you put your hands in icy water your arteries will contract.

Not in this study. The study subjects’ arteries were dilated!

What About Milk Chocolate?

A small study that appeared in the Journal of the American Heart Association confirmed that dark chocolate, rather than milk chocolate, may improve vascular health by increasing blood flow.

The study subjects were patients with peripheral artery disease (PAD). With PAD there’s a narrowing of the peripheral arteries serving the legs, stomach, arms, and head.

People with PAD find walking and exercising difficult because of the restricted blood flow to their limbs. They can suffer from severe cramps after walking or exercising.

The researchers randomly assigned 20 PAD patients to 40 g of dark chocolate (85% cocoa content) or 40 g of milk chocolate that had less than 35% cocoa.

The aim was to test whether dark chocolate could improve the patients' ability to walk independently.

The results were telling.

The patients who ingested the dark chocolate were able to walk 11% further and 17 seconds longer.

This was due to improved blood flow to the limbs.

No such improvements were observed in the group that ate the milk chocolate. 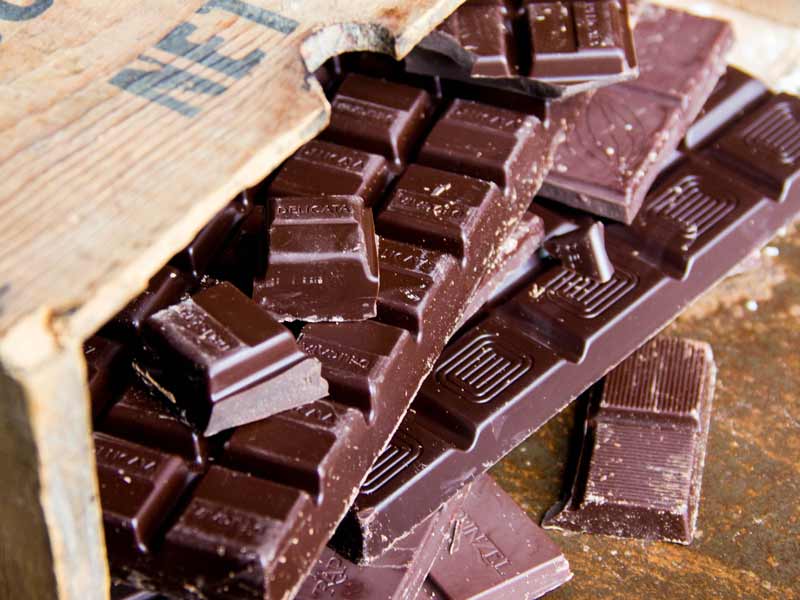 Eating chocolate may also lower your risk of having a stroke.

A Swedish study followed a cohort of 37,103 Swedish men over more than ten years. The scientist found that high chocolate consumption was associated with a lower risk of stroke. Over 10.2 years of follow-up, there were 1,995 stroke cases.

They found that people who ate one serving of chocolate were 22 % less likely to experience a stroke than those who did not.

They also found that people who ate about 50 grams of chocolate a week were 46 % less likely to die from a stroke.

The scientist did concede that more research is necessary to determine whether chocolate is the contributing factor to lowering stroke risk.

They think it’s the rich anti-oxidant content that may protect chocolate eaters against stroke.

People who suffer from chronic fatigue syndrome have no physical, mental or emotional energy for months on end and up to now, science has not found a remedy for the debilitating condition.

Could chocolate help? Let’s face it, just eating a bar of chocolate is known to make most people feel better. Could it also drag a person out of a chronic fatigue quagmire?

The crossover design of the study allowed the researchers to put participants on real chocolate and then switch them over to fake chocolate without anyone knowing.

In this way, they could see when their chronic fatigue symptoms got better or worse.

The result? There was a significant improvement in the group that ate the real chocolate. Their scores on a fatigue scale improved significantly after 8 weeks but dropped again when they received the fake chocolate.

Two participants were able to return back to work after having had their symptoms for 2 years.

There are many reasons to enjoy chocolate. Apart from the fact that it’s delicious and comforting.

For the best results though, tuck into dark chocolate that has a higher concentration of flavonoids.

Dark chocolate is also very satisfying, so you won’t feel the need to overindulge. Enjoy! 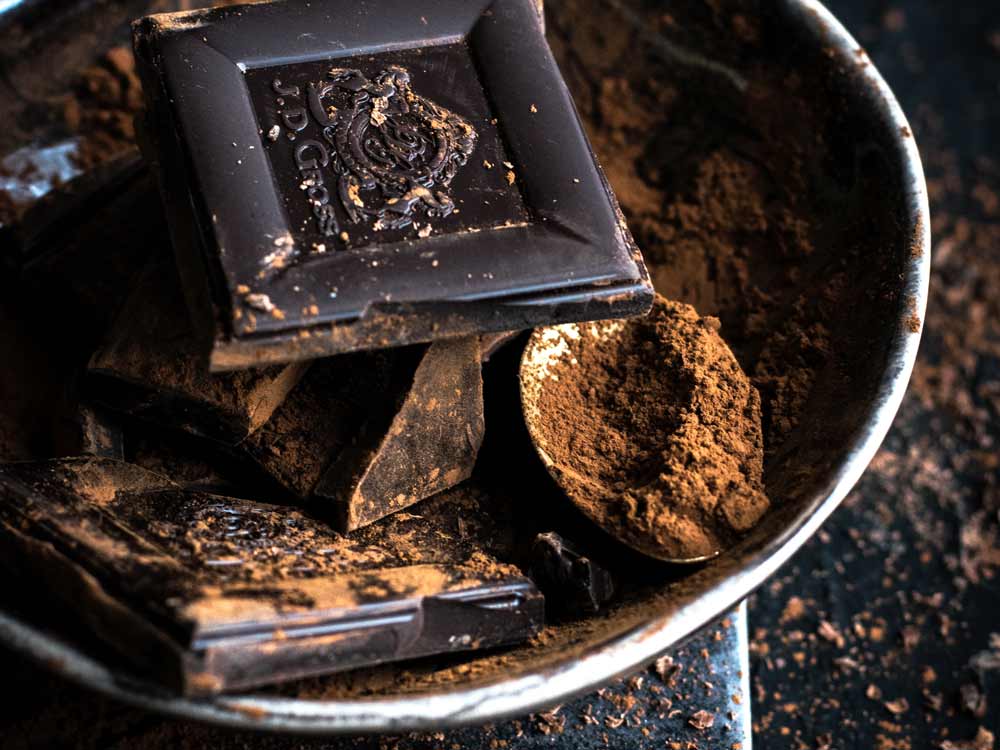