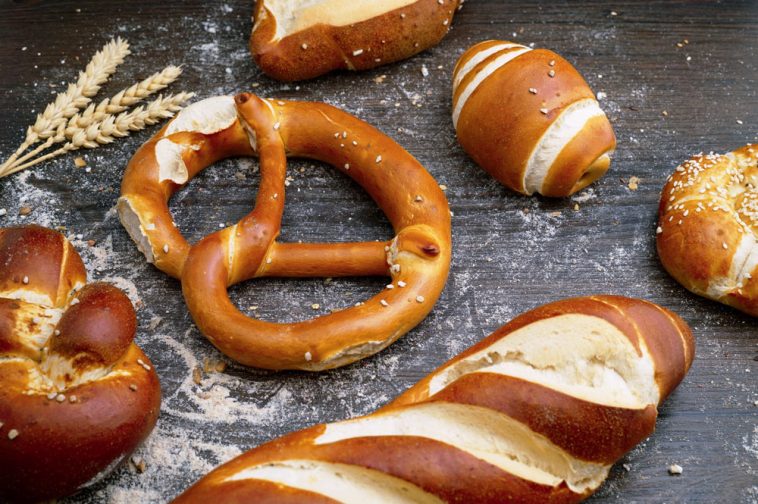 According to an NPD report, an astounding one-third of Americans exclude or are cutting back on gluten.

Some say going gluten-free results in increased energy, weight loss, fewer abdominal problems, and even helps treat the symptoms of diseases such as autism.

Others argue that the gluten-free diet is just another fad and may be harming people’s health.

They say it is largely a product of internet gossip and clever marketing by the food industry. They argue it is not based on clinical evidence.

In this article, we’ll outline the health conditions that make it necessary to follow a gluten-free diet.

We’ll consider the evidence about whether or not a gluten-free diet has health benefits for people without sensitivities.

Is gluten-free just the latest food fad? Read on to find out!

Gluten is a combination of two proteins found in grain foods such as wheat, rye, and barley.

The problem with gluten comes from the fact your body can’t break it down completely, so fragments build up in the small intestines.

As a result, people who are sensitive to gluten can develop celiac disease, or possibly, controversially, non-celiac gluten sensitivity (NCGS).

What is Celiac Disease? 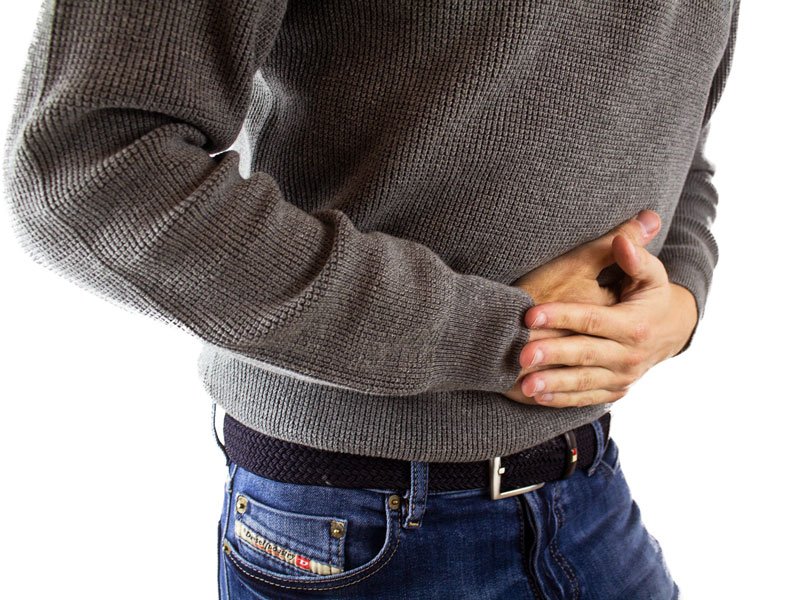 1% of the population has an allergic reaction to one of the components in gluten. This is called celiac disease.

The only treatment for celiac disease is a gluten-free diet. If people with celiac disease continue to eat foods containing gluten, the lining of their small intestine can become damaged.

This can cause a range of health problems including abdominal pain, nausea, vomiting, and diarrhea. In serious cases, it can also lead to seizures, osteoporosis, infertility and nerve damage, and possibly cancer.

Celiac disease is usually diagnosed using a blood test that identifies antibodies to the protein and is then confirmed by a biopsy of the small intestine.

What is Non-Celiac Gluten Sensitivity (NCGS)?

NCGS is a controversial condition. Some people report symptoms of sensitivity to gluten despite the fact they have not been diagnosed with celiac disease.

Recent studies show there is little evidence for the existence of NCGS but patients continue to report sensitivities to gluten – including intestinal and abdominal problems, fatigue, and brain fog – that are reduced if they eliminate gluten from their diet.

More research is needed to work out if gluten really is the problem for these patients, or if the reduction in symptoms is caused by the placebo effect, or if along with gluten they are also cutting out something they are sensitive to.

It has been suggested that eliminating gluten from your diet may lead to a reduction in inflammation, but there isn’t enough clinical evidence currently to support this.

Why do People go Gluten-Free?

Not all people who choose to follow a gluten-free diet have a sensitivity. Some people believe it helps them lose weight, or reduces the symptoms of other health conditions.

“I’m trying to cut back/avoid Gluten in my diet.”

There is very little evidence to support the argument that reducing your gluten intake helps you lose weight.

In one study, mice were given the gluten equivalent of 20 slices of whole wheat bread every day.

The results showed that they used less energy as a result and gained body fat. Although this may suggest a link between gluten and weight gain, more research is needed to work out what it means for human health.

This is thought to be because the proteins in gluten are not broken down completely causing an excess of opioid peptides.

These peptides get into the bloodstream through the intestinal wall that is thought to be more permeable in people with autism. They can then cross the blood-brain barrier and interfere with brain development. 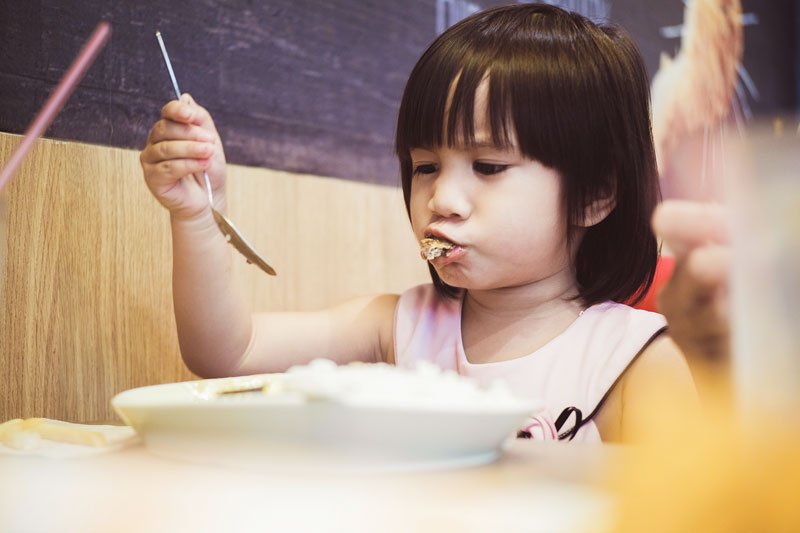 Other scientists argue that there is little evidence that the intestine wall is leakier in people with autism and they say urine samples fail to show an abnormal level of peptides.

Many studies have been carried out to examine the link between gluten and autism, but the American Academy of Pediatrics believes that following a gluten-free diet is not likely to help with autism symptoms.

The food industry is making it easy for people to follow gluten-free diets. Gluten-free foods are no longer confined to health stores but are also readily available in supermarkets and restaurants, so much so sales of gluten-free foods grew by 34% from 2000-2015.

This is good news for the 1% of the population who suffer from celiac disease.

But could it mean that it is in the interest of the food industry to promote a gluten-free lifestyle, even if there is little clinical evidence to suggest it is a healthy option for people without a gluten sensitivity?

Can a Gluten-Free Diet be Harmful?

If you stop eating a certain sort of food you risk not getting the nutrients you need. So-called fad diets are often are based on the idea that some foods are bad when in reality a healthy diet contains all the main food groups.

When manufacturers remove gluten from food, they often replace it with something else to enhance the taste and texture. As a result, some gluten-free foods contain more sugar, additives and salt and less fiber and protein.

According to some studies, following a gluten-free diet might actually result in weight gain, put you at greater risk of developing type-II diabetes, and increase your exposure to toxins.

Often when people eliminate gluten from their diet they eat more rice. Eating too much rice can lead to increased exposure to heavy metals.

Just as it’s dangerous to cut foods out of your diet because you risk not getting the nutrients you need, it’s also unsafe to eat too much of one food as you may increase your exposure to allergens and toxins.

In addition, gluten-free foods are generally more expensive than traditional alternatives. So unless you have a demonstrated sensitivity, following a gluten-free diet might not only damage your health but also your bank balance.

What should you do if you think you have a gluten sensitivity?

If you think you have a sensitivity to gluten it’s important to see your doctor before starting a gluten-free diet.

If you eliminate gluten and then go for the test it can be difficult to establish whether you have celiac disease. You will also be exposing yourself to the health risks listed above.

Are Gluten-Free Diets a Fad?

Some people argue that gluten-free is just the latest fad, similar to the low-fat movement in the 70s and 80s that has since been discredited.

Current evidence seems to suggest that while gluten-free diets are the most effective treatment for people with a sensitivity to gluten such as celiac disease, they have no health benefits for the rest of us.

In fact, unless you have a medical reason to do so, going gluten-free could damage your health.

Unless you have specific medical concerns, eating a range of foods including lots of fruits and vegetables and keeping an eye on your calorie intake should give you all the nutrients you need. 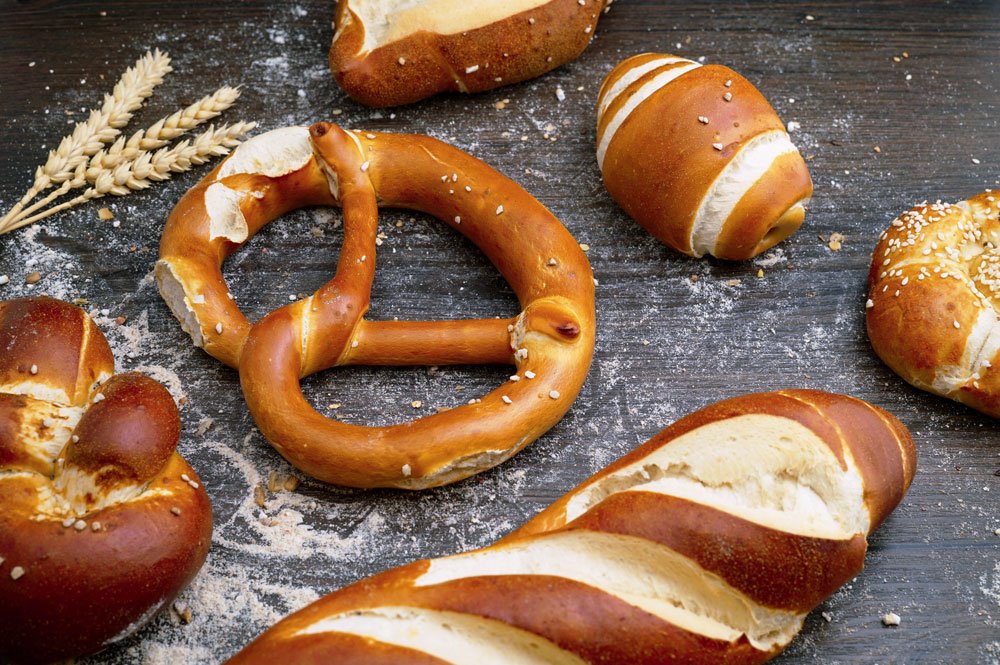 Medical Information Specialist and writer specializing in health and wellness. She is a mom to three active kids: a teen and two tweens. Originally from the UK, Sue now lives in Singapore with her family. She believes passionately in providing information based on the best evidence to help families make informed decisions about their health. She is particularly interested in natural health strategies and nutrition.