Like many women, I have a very complicated relationship with food and eating. And, until recently, I didn’t think that would ever change.

My Path Toward Emotional, Erratic Eating

Throughout nearly my entire life, I was a proud member of the Clean Plate Club. My parents and grandparents encouraged me to “finish my veggies” and “take a few more bites before you go play.”

Like most parents, they were looking out for my well being and helping me learn how to limit waste.

Those lessons were and are very important.

At the same time, however, those behaviors also taught me from a very young age to ignore my body’s natural sensations of hunger and fullness.

And it wasn’t just my family’s influence that did so. During grade school, I ate on the same regimented daily schedule that most children had: breakfast before school, early lunch, afternoon snack, and dinner with my family after extracurricular activities.

My consistent eating routine was interrupted when I went to college. My schedule changed every five months, so it was hard to establish any type of daily routine.

I was still not able to read my own hunger and fullness cues. It was no longer because I had a strict eating schedule from day to day. It was because I was eating whatever I could find, whenever it was convenient.

While I was establishing these bizarre eating patterns (or lack thereof), there was something else developing in the background and creeping up on me almost entirely unnoticed. That is societal pressures.

As a child, this meant joining the horrifying “fat-free” movement. As a teenager, it meant learning how to track calories. As a young adult, it meant fad diets.

I did all of this (and plenty more) because society taught me that I have to look a certain way. Not only that, but I have to eat a certain way to achieve that appearance.

And every new product, meal plan, or exercise program has the answer to this invented problem. So I had to try all of them, only to be sorely disappointed when I didn’t look the way I was supposed to.

Then, as if my body was desperately trying to tell me something, I relapsed into my pre-diet eating habits. Not only did I gain back 100% of the weight, but I would also gain more.

And instead of feeling empowered by my choice to take my health into my own hands, I felt defeated and worthless.

That post-diet attitude left me in a perfectly vulnerable place to fall into a new trap right away. And so the cycle continued, up until a conversation with my primary care physician last spring.

Learning The Truth About Dieting

After hearing that I was unable to prevent emotional eating, my doctor quickly recommended a program called Intuitive Eating.

She told me that there were doctors in that office who meet with groups of women to guide them through regaining a healthy relationship with food. I felt as though she had thrown me a lifeline.

Intuitive Eating, as defined by researchers and authors Evelyn Tribole and Elyse Resch, is a method of relearning how to listen to your body.

Learning Intuitive Eating is as simple as adopting their ten principles:

It may seem daunting and unusual. But it is just what many people like me–particularly women–need to finally break the endless cycle of dieting and self-hatred.

I started learning about Intuitive Eating in August.

I went to a weekly class that covered one principle per week. All the classes were taught by medical or mental health professionals and I was learning alongside other wonderful women who have struggled in many of the same ways that I have (and in many different ways).

My first epiphany during the process of becoming an intuitive eater happened in my first week of class. We were learning the first principle: rejecting the diet mentality.

Until that class, no one had ever told me that it was okay to break the cycle. What’s more: no one ever told me how damaging dieting can truly be.

It turns out that I had been subjecting myself to weight gain as a result of my attempts to lose weight. And there is scientific evidence that this is the case. The numbers were astounding to me; the evidence was compelling.

After learning that dieting can lead to damaged physical and mental health, the decision was an easy one. I vowed to never diet again.

While (literally) throwing away my scale was an easy task, it was a lot harder to face some of the other principles. During the process of making peace with food, I had to learn how to trust myself with food again.

Like a lot of people, I consider some foods inherently “good” or “bad.” Good foods have whole grains, few calories, and are low in fat.

Bad foods contain processed sugar, heavy dairy, and a lot of fat. Making peace with food meant that I would finally allow all those “bad” foods back into my pantry.

Gone were the days of avoiding the potato chip aisle and not buying a certain food because I knew I’d eat it in one sitting. I had to confront my trust issues with food–and in a serious way. 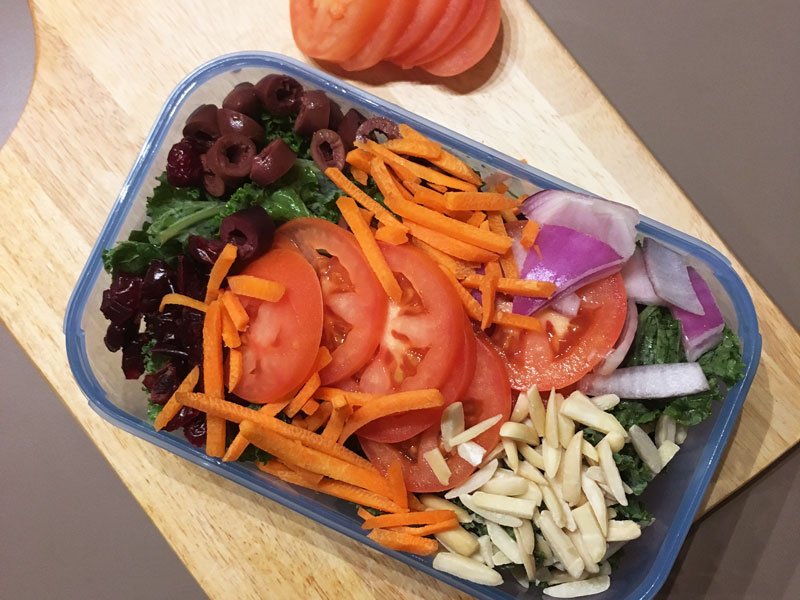 One of the methods my doctors recommended for making peace with food was something called habituation. In practice, this meant that I had to give myself unconditional permission to eat foods–even the ones that were on my “bad” list.

I practiced a habituation exercise with two of my favorite foods: Oreos and fettuccine alfredo. I bought four packs of Oreos, four jars of alfredo sauce, and four packets of fettuccine. I was to leave them in my house and eat them as much as I wanted.

At first, I thought it would be a failed attempt to trust myself around foods that I considered so bad for me.

I thought I would follow my typical pattern of eating as much as possible then throwing away the leftovers to avoid ever eating it again–a common form of “punishment” among dieters and people with disordered eating.

But it worked. I wasn’t depriving myself and I wasn’t losing control.

Making peace with food has naturally helped me learn how to discover which foods I find truly satisfying. Instead of mindlessly eating, I started to sit down with my food, limit my distractions, and really focus on the tastes.

For example, I used to buy loads of apples to eat for a snack, thinking they were one of the healthier fruits. It turns out I only like certain kinds of apples and when I buy those varieties, I’m way more likely to eat them because I truly enjoy them.

Similarly, I’ve found that strawberries are actually my favorite fruit. I can’t get enough of them! Instead of stocking up on apples that may go bad in my fridge, I buy strawberries so I can have a healthful dessert that I really love.

I’d love to say that Intuitive Eating is the absolute answer to the massive problem created by societal pressures to stay skinny by depriving ourselves.

It’s not. It is one amazing resource among an abundance of options, customizable for each individual’s own preferences. For me, it was the spark that ignited a lasting flare-up of self-love.

Since I started learning about Intuitive Eating and practicing the ten principles, I am more gentle on myself. That means if I eat something that I used to definitively place under the label of “bad,” I don’t panic.

I just accept that I ate it because I wanted to eat it. I check in with myself and ask, “Do you want to eat that again?” and “Was that enjoyable?” My answers to those questions dictate whether or not I eat it again.

But I don’t restrict. I don’t count calories. And I don’t hate myself.

As I wrap up this lengthy narrative summarizing my lifelong battle to maintain a healthy relationship with food, I’m chowing down on some leftover homemade mac n’ cheese.

Before I started intuitively eating, I would have categorized this delicious late afternoon snack as a “bad food.” It turns out it’s absolutely great, particularly when it’s not served alongside a heaping portion of guilt.

If you can relate to anything you’ve read throughout this post, consider doing yourself a huge favor.
Choose to accept that food is only “bad” if you don’t enjoy it.

Choose to accept your body and to nourish it with movement and healthful food. And if you’re craving mac n’ cheese, eat it. 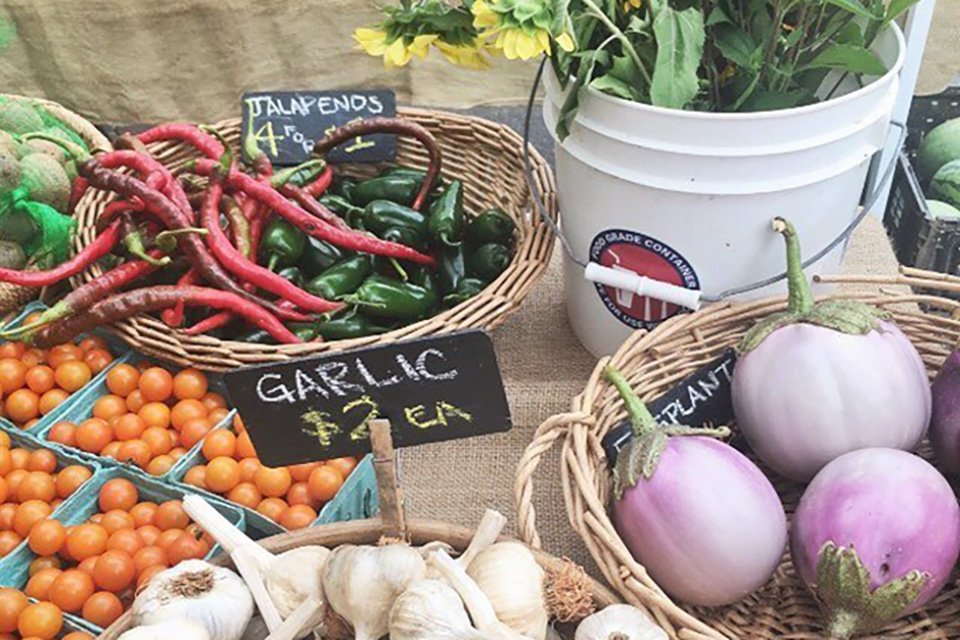 Freelance writer, foodie, and budget enthusiast. She enjoys spending time outside, watching the "Great British Bake Off" on repeat, and
concocting new recipes in her favorite room in the house: the kitchen.