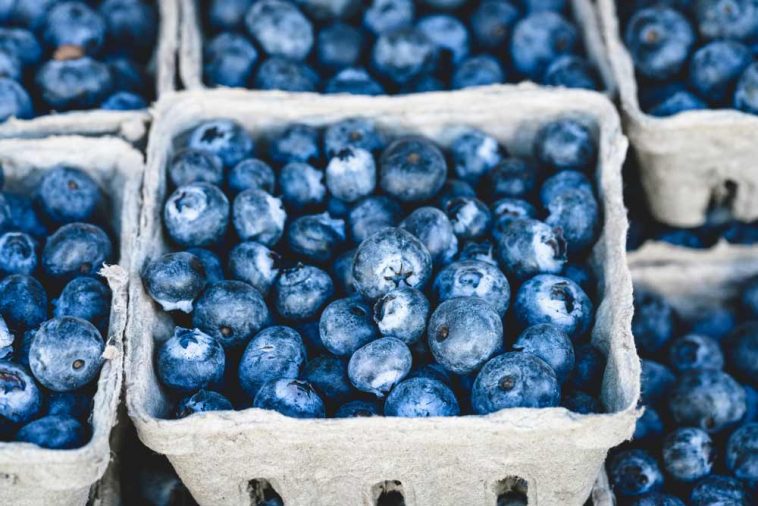 Did you know that blueberries have surprising benefits for your brain?

Dementia is a serious problem in today’s aging populations. Neurodegenerative diseases are on the increase and in the absence of an effective conventional remedy, researchers are looking to preventive approaches to combat this public health problem.

Could the regular intake of blueberries help to prevent the neurological decline in older people? And what about children? Can these sweet berries help their academic performance as well?

Anthocyanins are a type of flavonoid that acts as an antioxidant. Actually, plants use these antioxidants to prevent age-related damage within the plant itself!

Since oxidative stress and inflammation appear to be involved in brain aging and in diseases like dementia, scientists have long theorized that if we increased our consumption of antioxidants – for example by eating blueberries – it may help to prevent or alleviate cognitive degeneration.

So, scientists are trying to find out what will happen to our brains if we ingested these compounds from blueberries. Will we also be protected from age-related damage like a brain that doesn’t function properly?

In a study of nine older adults, Robert Krikorian and his team at the University of Cincinnati found that daily intake of blueberry juice improved verbal learning and memory.

Test subjects that drank blueberry juice scored higher on memory tests than those receiving a placebo.

The juice contained 428-598mg anthocyanins and was drank daily for 12 weeks. The dose came down to 6 cups of juice a day!

The researchers concluded that their findings suggest that moderate blueberry supplementation could help to prevent neurocognitive decline and thus provide great brain benefits.

Loss of memory is one of the first signs of neurodegenerative disorders like dementia or Alzheimer’s disease.

A supplement that halts memory loss would go a long way in managing these age-related diseases that are a huge burden to society.

The one study involved 47 adults aged 68 and older, who had mild cognitive impairment, a risk factor for Alzheimer's disease.

The researchers gave them either freeze-dried blueberry powder, in an amount that was equivalent to a cup of berries, or a placebo powder once a day for 16 weeks.

The second study included 94 people aged 62 to 80, who didn’t objectively show any signs of cognitive decline but self-reported that their memories were getting worse.

The study participants were divided into four groups: blueberry powder, fish oil, and powder or placebo.

The researchers found cognition improved somewhat for those who took powder or fish oil separately, but little improvement on memory.

It looks like blueberries may be more effective in treating patients who have actual clinical cognitive impairments.

In another study conducted at Tufts University, Boston, 13 men, and 24 women, between the ages of 60 and 75 years, were recruited into a randomized, double-blind, placebo-controlled trial.

They consumed either freeze-dried blueberry (24 g/day, equivalent to 1 cup of fresh blueberries) or a blueberry placebo for 90 days.

The participants completed a battery of balance, gait, and cognitive tests at the beginning of the trial and again at 45 and 90 days.

After 90 days there was no improvement in gait or balance, but the treatment group showed improvements on some cognitive aspects like long-term memory.

In terms of the number of errors, the placebo group got worse and the treatment group improved.

You can actually see these brain benefits. The cognitive improvement goes hand in hand with more brain activity.

By using advanced brain scan technology you can observe the improved blood flow to the brain caused by the blueberry consumption.

Does eating blueberries improve the cognitive function of kids too?

Yes, it does, and scientists proved it.

Using a double-blind cross-over design researchers at the University of Reading gave 21 children between 7 and 10 years old placebo or blueberry drinks containing 15 or 30 g freeze-dried wild blueberry powder – that is one and two cups of berry juice respectively.

A cognitive battery of tests was conducted 1.15, 3 and 6 hours following treatment.

Across all measures, cognitive performance improved, with the best performance following 30 g wild blueberry juice and the worst following placebo.

In other words, the more blueberries the children consumed, the better was their brain performance.

Want to know the best part?

The improvements in brain function and performance didn’t come about after weeks of consuming blueberries, it happened within hours. That’s amazing.

So moms, make sure your kids get blueberries in for breakfast. It will set them up for a successful school day.

Based on their work, they believe adding blueberries to your diet may help you prevent neurocognitive decline.

In addition, anthocyanins have been associated with increased neuronal signaling in the brain, mediating memory function as well as improved glucose disposal, benefits that would be expected to mitigate neurodegeneration.