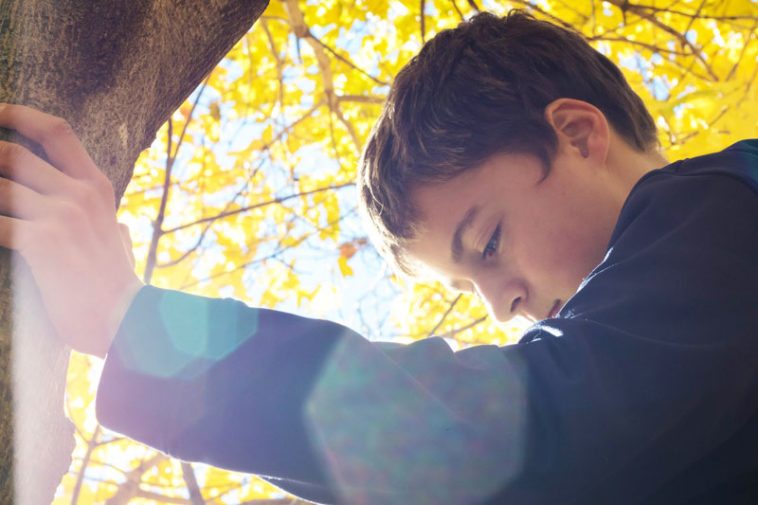 Around 1:30 a.m. on Tuesday morning in May 2016, I was awakened from a deep slumber to the sound of my daughter screaming, “Mommy!”

Having plenty of training in the various permutations of bodily fluids over the last decade and a half of raising two kids, I knew instinctively it was a bile-driven yelp, and sure enough, I almost crashed into my daughter as she flew into the bathroom.

Within a few minutes, my intuition told me this was no ordinary flu bug. An unusual pain that sounded like heartburn was searing its way from my daughter’s belly into her chest. It was so vicious that it made her cry.

And it wasn’t just an ordinary bawl, either. You know that cry when the kid is really hurting, and it looks like a Godzilla flick where the beast opens its mouth and there’s a horrendous pause before the actual sound comes out?

Yup, it was that one.

Whose Anxiety is Greater – Yours or Your Child’s?

Two agonizing hours and a panicked call to her pediatrician later, we made our way to the ER to be sure it wasn’t appendicitis – or something worse. And although she was discharged after just a few hours, it was clear by midday the following day that all was still not well… so back to the hospital, it was.

She was probed, poked, X-rayed, and even got an MRI. Yet the pain persisted, so eventually, she was checked into the pediatric ward of the hospital for help with pain management and more tests. I slept on the fold-out bed/chair, wishing that they would find a reason, relieved when each result came back negative.

Five days later, when we finally went home, her pain had subsided but still, no real insight into the culprit. Eventually, her pediatrician diagnosed her with Polycystic Ovary Syndrome (PCOS), which didn’t explain the extreme, prolonged pain, but did provide a clue: studies show girls and women with PCOS experience heightened levels of stress and anxiety. 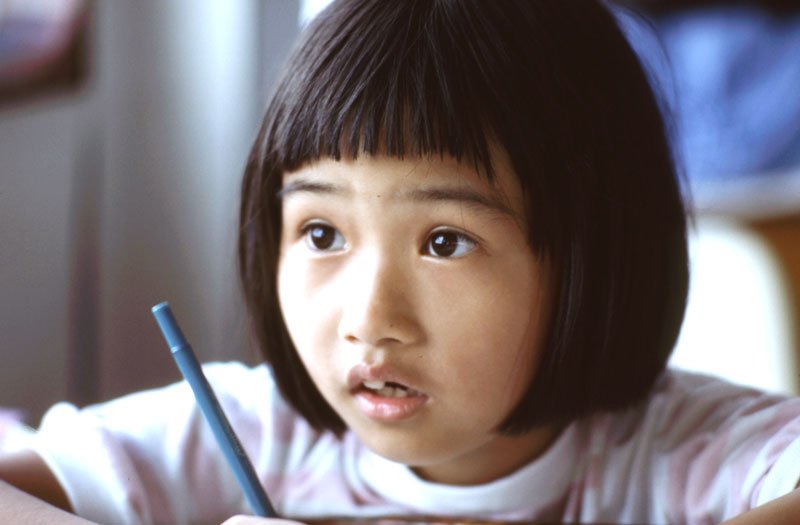 While I don’t have PCOS, I did have a pretty severe anxiety issue in my early 20s, when handling real-world challenges sent me down a rabbit hole of very physical symptoms, including persistent flu-like dizziness and shortness of breath. After being poked, prodded, scanned and tested, it was clear my illness was mental, not physical. I was diagnosed with a panic disorder comorbid with depression.

You’d think that my own experience would tip me off that what my daughter was grappling with was anxiety, but genetic link aside, it’s hard to imagine that a 15-year-old child could be that stressed out.

Anxious Kids are the New Norm

The National Survey of Children’s Health (NSCH) found a 20 percent increase in diagnoses of anxiety in kids ages 6 to 17 between 2007 and 2012. It doesn’t take an academic or scholar to imagine what could possibly cause this: from the constant stream of self-esteem busting social media posts to cell phone addiction, school shootings, and classroom pressure, childhood isn’t the idyllic phase of life that we may remember.

So almost a year to the day later, when my daughter called me from school with the same relentless stomach pain she’d experienced previously, I had an inkling that the problem stemmed from a psychological, not physiological, source. After all, spring brings an onslaught of stressors for teens – school-related like AP testing, finals, PSATs/SATs/ACTs, and social too. Even thinking about the proms and parties that not everyone is invited to attend… but everyone sees on social media… makes my own stomach hurt.

Still, it took a couple of trips to the ER and IV pain meds before my daughter finally was back to “normal.” Torn between my gut instinct that it was mentally induced and my own worry that I was missing something, I took my daughter to a gastroenterologist for a complete workup that included a colonoscopy and an endoscopy.

Again, all results were “normal.”

“It must be IBS,” the doctor told me with a shrug of his shoulders. That she had none of the classic symptoms, like chronic diarrhea, continuous stomach pain or constipation didn’t seem to factor into his loose diagnosis.

“You should tell her to relax,” he added with a wink as he whisked out of the exam room.

If that nonchalant, easier-said-than-done advice makes your blood boil like it did mine, take a deep breath. 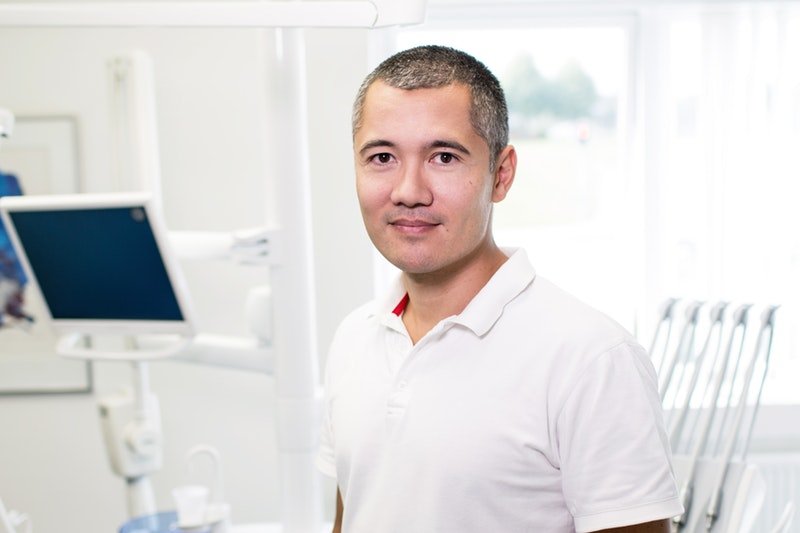 How to Help Your Child Beat the Anxiety Epidemic

Considering that the National Institutes of Health says a third of all adolescents ages 13 to 18 will experience an anxiety disorder during their lifetime, and the fact that girls are significantly more susceptible (38.0 percent vs. 26.1 percent of boys), it’s time to figure out exactly how to do just that.

Here are a few changes we’ve made in my household to support my daughter to help decrease her anxiety and perfectionism and bolster her resilience:

Work it Out by Working Out

Numerous studies have shown that exercise is a great way to alleviate anxiety and related conditions, like depression, while at the same time building strength, stamina and energy reserves. On top of that, having a positive body image is a challenge for today’s teens – well, for all of us in this selfie age, actually – and taking steps for better health help on that level, too.

There’s an important caveat here: sometimes youth sports is the stressor. Some student-athletes report high levels of performance anxiety, which adds to distress. In my daughter’s case, she excelled at softball and soccer from a young age, but as her chosen sports got more and more competitive, she liked playing less and less. After her bout with stomach pain, my husband and I supported her in dropping off her high school softball team. Eventually, she decided she wanted to join a local gym with a friend, and together they work out with no pressure and no stress – just the joy of working up a sweat together to their favorite music. 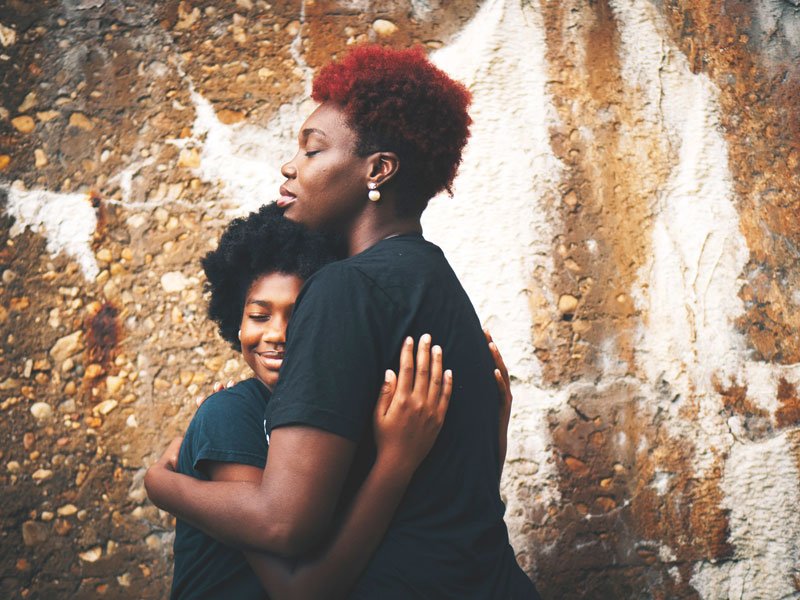 While you often hear about how important self-esteem is, the ebb and flow of life colliding with hormonal shifts in the teenage years naturally impacts young people’s ability consistently feel good about themselves. Supporting your child in developing self-compassion – what Dr. Kristin Neff describes as “giving ourselves the same kindness and care we'd give to a good friend” – allows teens the space to embrace their imperfections.

So, for example, when my daughter beats herself up for a situation she didn’t handle how she wished she had, I ask her, “What would you say to a friend who did that same thing you just did?”

Inevitably, she knows just what to say to make her imaginary friend – and herself – feel better.

While limiting screen time for tweens and teens is a lot trickier than doing so for toddlers, it may be just as important. In fact, recent research shows a correlation between the decrease in self-esteem, life satisfaction and happiness and the rise of teens’ smartphone usage since 2012.

Setting boundaries around how much screen time and increasing opportunities for your child to enjoy real-life, face-to-face interactions with family and friends is an important step. You could also encourage hobbies, and sign them up for activities, like summer camp, where smartphones are a no-go.

This may be the hardest option of all – after all, in the age where “parenting” is now a verb, it feels like somehow we’re supposed to know how to fix all our children’s problems with the snap of a finger. The truth is that anxiety is one of the most common mental disorders – according to the National Alliance on Mental Illness, an estimated 40 million adults in the U.S. (18 percent) have an anxiety disorder – and most develop symptoms before age 21. But with the help of trained professionals, it is treatable and it does get better.

This is something I knew firsthand from my panic disorder. Thanks to a skilled psychiatrist and Cognitive Behavioral Therapy (CBT), I learned how to minimize my anxiety and feel better in my daily life.

Once I was confident there was no physiological reason for my daughter’s stomach pain, I took her pediatrician’s advice and brought her to a therapist who employs Mindfulness-based CBT.

It’s now been well over a year since my daughter last experienced any physical symptoms of her anxiety, and although her life remains as busy as before, we’ve both made important shifts to take off the stress wherever and whenever we can.

And although it can be hard not to give into my own panic and worry about her well-being, in my heart I know that the best way to fight anxiety is by developing resilience: hers to face the inevitable challenges of life, and mine to cheer her on without trying to fix things for her.

CNN once called her “a popular mommy blogger” (no, her mom did NOT put them up to that). Mom of 4 babies - 2 humans, 2 rescue dogs - you may know her from FBE’s YouTube show, “Parents React” or maybe you just recognize her as the lady in the check out lane in front of you that buys both Cool Whip and organic kale. The contradictions of life are truly never final.