When it comes to schizophrenia at least two things come to mind for most of us: it’s a serious mental illness that debilitates a sufferer for life and no one knows what causes it.

Now, a new study may have brought us closer to a better understanding of when and where the disease originates and you won’t believe the answer.

Doctors at the Lieber Institute for Brain Development have found a link between placental health and neurodevelopment. In other words, the health of the placenta affects the risk of developing schizophrenia.

The placenta may also provide the answer to why developmental brain disorders like schizophrenia are more common in males.

The new research shines a spotlight on the placentas critical role in nature versus nurture debate and how it may hold an important clue to the risk for schizophrenia and possibly other neurodevelopmental disorders including ADHD, autism, and Tourette syndrome.

The study, “Convergence of placenta biology and genetic risk for schizophrenia,” was published in Nature Medicine.

“For the first time, we have found an explanation for the connection between early life complications, genetic risk, and their impact on mental illness and it all converges on the placenta,” said Daniel R. Weinberger, M.D., who led the team of investigators on the study in a statement.

These research findings mean that scientists may be able to more accurately predict who is at risk of mental illness and develop strategies to prevent these conditions from developing by supporting the health of the placenta.

This research found that many genes associated with risk for schizophrenia appear to alter early brain development indirectly, by influencing the health of the placenta itself.

The research showed that these genes are “turned on” in the placenta during complicated pregnancies which affect the health of the placenta and places it under stress.

Despite being the source of nutrients and chemicals critical for the development of the fetus, the placenta is not a human organ that is studied deeply by scientists.

The statement puts it that the placenta is the only organ removed from a human body that is not routinely sent to the laboratory for examination.

Previously, scientists have looked at brain development during pregnancy and shortly after birth as well as genetic variants as risk factors for developing schizophrenia, but they could never figure out how schizophrenia happens.

For this study, scientists looked at genetic testing and obstetrical history information of more than 2800 adult individuals, 2038 of whom had schizophrenia. The study subjects came from of various ethnic backgrounds and four countries, including the USA, Europe, and Asia.

This finding led the scientists to analyze the gene expression in multiple placenta tissue samples, including samples of placenta from complicated pregnancies for instance where the woman had dangerously high blood pressure.

The results showed the schizophrenia genes in these placentae were consistently switch on and the more they were turned on, the more the placenta showed other signs of being under stress, for example, being more inflamed.

A Clue to the Higher Incidence of Schizophrenia in Males

One of the many enduring mysteries surrounding schizophrenia and other developmental behavioral disorders, including, autism, ADHD, dyslexia, and Tourette Syndrome are why they are two to four times more prevalent in males.

The research findings of Lieber Institute team may explain this. They found that the schizophrenia genes turned on in the placenta from complicated pregnancies happened more often in placentas from male offspring. So the placenta seems to hold a clue to the higher prevalence of these disorders amongst male offspring.

“The surprising results of this study make the placenta the centerpiece of a new realm of biological investigation related to how genes and the environment interact to alter the trajectory of human brain development,” said Weinberger. 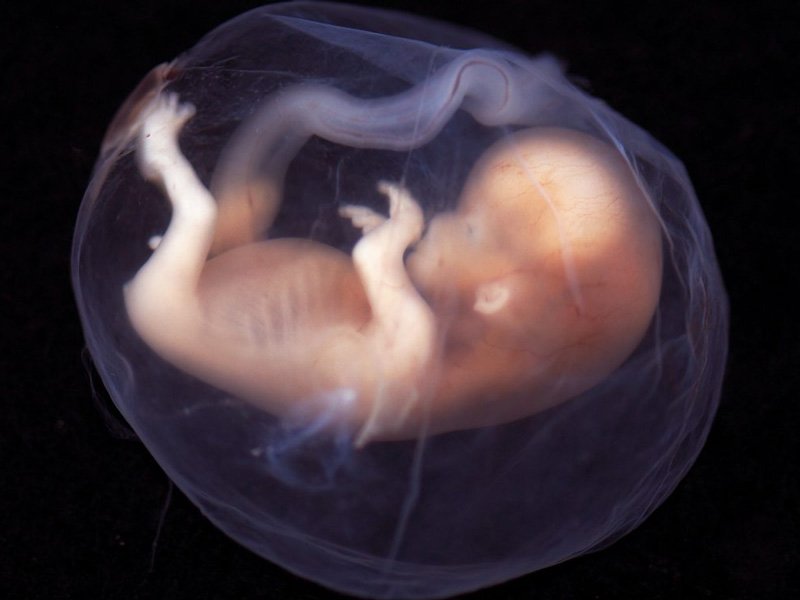