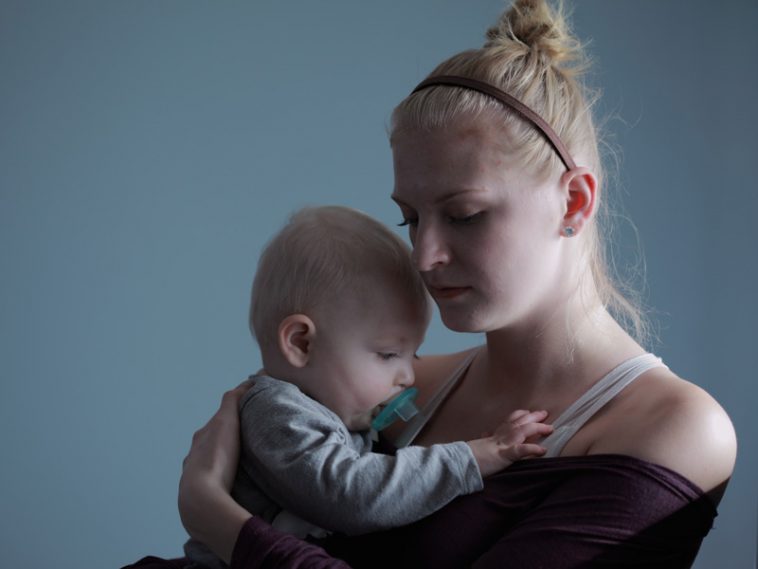 Before becoming a parent, I was a woman with a type A personality. Everything was orderly, neat, clean and the way I wanted it. Ever since moving I was concerned with how I appeared to the outside world, how I let myself go with my body (because that’s what happens when you are in a committed relationship, you get comfortable), and how my home was presented.

I had a plan before I was pregnant as to how I was going to be as a beautiful, healthy pregnant woman, and my birth plan that was 5 pages long, and a plan as to what my child was going to do, how he was going to be raised, etc. Type A, we have plans and we like those plans, but there is a meme that I’ve always seen and since having my son….I get it. 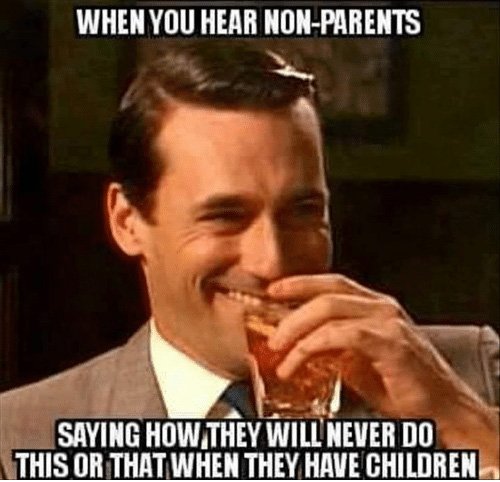 I had a lot of plans for someone who had never held a child before. And the meme perfectly sums up my life.
I drink.
I drink to dull the incessant voices of non-perfection in my life, the anxiety of not getting something right.
I’m an addict, and I will readily admit that I am an addict and a parent at the same time.

I will say this though. I was able to have an amazing pregnancy. It’s like those hormones put me on a level playing field with everyone else. I felt… “normal.” More so than I had felt in a while. I felt beautiful, I was happy, I didn’t have any issues. I was able to quit drinking because I wasn’t going to do that to my child, and at that point, I had never touched a cigarette in my life. I was 27.

Even labor was amazing. It was the first time in my life I was able to just let go and let things happen how they may. I didn’t care that I threw my birth plan away and told them just to make sure we were all healthy. I was upset that I needed an epidural but then said to myself, who cares and when with that notion. Same with the episiotomy considering my sons head was in the 99th percentile. One snip and out he came, after an hour and a half of pushing, one small snip and he was out (wished I did that sooner).

Once those pregnancy hormones came out of my body, I started my feeble attempt at nursing, and I looked at my body in all its post-pregnancy glory, post-partum depression came in with a vengeance. My Type A personality became a cage in which I couldn’t escape. And I didn’t get any help. I nursed and pumped and went back to work after 4 weeks because I didn’t plan right. Health wise my self-esteem took an absolute nosedive.

I thought I looked beautiful while pregnant, didn’t gain much weight. But I did, I gained 35 pounds, and on a 5’2” frame that’s a lot. I nursed for six months, and then couldn’t take it anymore when I got Mastitis and my son was still at the 5th percentile for height and weight.

I thought I was doing something wrong. I fought everything tooth and nail with the husband and I should have listened to him a lot sooner. So, once we started on formula for him, I started back on drinking. Over a year and a half of being sober and it was easy to fall back in the pattern. Because I was a failure, I wasn’t a great mother, I didn’t know how to be a good one.

I was terrible at taking care of my child.
But none of that is really true.

Being Mentally Healthy and Taking Care of Me Was Important

Four years later, I am still trying to lose that weight, still learning that I am NOT a failure, I did not do anything wrong because as long as the child is eating they are fine. And through therapy, I am learning to become healthy again. I finally took the time to figure me out.

Am I embarrassed to go to an AA meeting? Yes. So right now, I am working on it myself.
What I have learned during this getting healthy timeframe is that with kids you have to just go with the flow. Whatever I said as a non-parent was coming from a place of ignorance. Yes, I will make all his food, organic and fresh from the garden…it comes in a jar and is called Gerber.

Learning how to be a parent and an addict is hard. During the beginning of my sobriety (which to date I’ve had one good week), I learned I had a sensory disorder that I was numbing for the last 15 years. But you can’t be an alcoholic and be a good parent. You don’t want to wake up the next morning and not know how your child got to bed, or you got to bed, or why you are all sleeping on the couch in the living room.

It’s disheartening when your son tells you to go to bed and he’ll just go do it himself. He was 3 the first time that happened, and It’s happened since then and I regret it every time. The characteristics you see below are not what I want my son to become or have to deal with.

I just got back from dropping my son off with Grandma for a month and I get to enjoy some free time. To relax and really focus on getting myself right (and show that Type A personality who’s boss). And that’s what this series is about. Being a parent and being an addict with a mental health disorder. It’s a process. But we don’t have to go through this alone. I’m willing to share aspects of my story in hopes that it can help at least one person out there. Each section we’ll focus on one topic, this was just your introduction.

Walk with me on the path of getting sober, working on my own self-esteem and body issues, and realizing that a healthy mom, is a better mom.

Mom to a beautiful, rambunctious, boy, Daniella is a Caseworker and holds a Masters Degree in Psychology. Through writing, she has found an outlet to share her story and give the advice that she was looking for during her challenging times, while going through the ups and downs of relationships, parenting and dealing with a mental health condition.