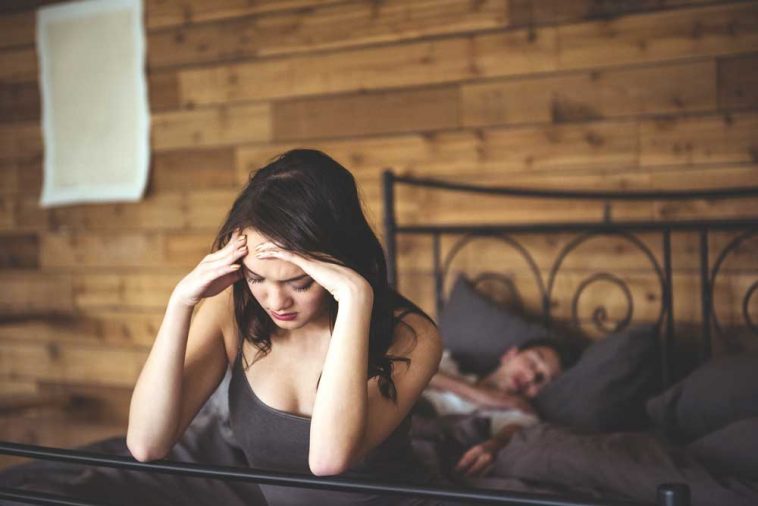 When it comes to menstrual cycle symptoms or PMS, (scientifically referred to as premenstrual syndrome), I’m sure you know the drill.

The most common symptoms include fatigue, irritability, apparent weight gain, breast tenderness, hypersensitivity and general moodiness that can manifest as sadness, irritability, depression and even anger.

In severe cases, PMS can lead to conflict in the family, abuse and even criminal behavior.

If you’re looking for some alternatives to drugs to help you through menstrual cycle symptoms, then you might like to consider some natural supplements that have been studied by scientists.

Here we discuss 6 supplements that are showing promise in relieving menstrual cycle symptoms. 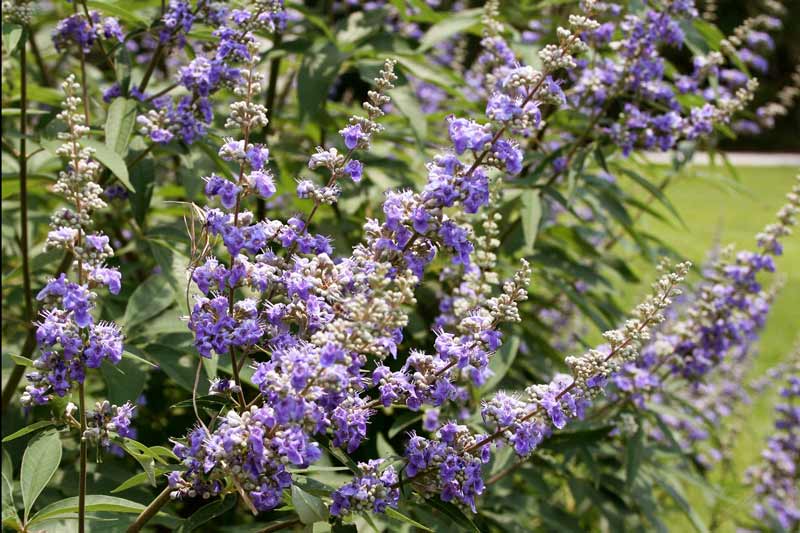 The Vitex agnus-castus supplement is derived from the plant’s berries and is often used to alleviate PMS symptoms.

The supplement has outperformed placebo in numerous trials and has been shown to be effective at reducing hot flashes, bloating, irritability, sleep disturbances, depressions, various mood disorders and even cramping associated with menstrual cycle symptoms.

One supplement tablet was given to 86 women daily over three cycles, with 84 receiving placebo.

After three months, 52% of the treatment group reported a 50% reduction in menstrual cycle symptoms.

One cohort study found that 3 months of 40mg Vitex Agnus daily significantly reduced headaches in women who are prone to migraines during PMS.

What’s more, out of the 100 women that completed the 3-month treatment, 66 women reported a dramatic reduction of PMS symptoms.

In the same year a multicenter, double-blind, placebo-controlled, parallel-group study produced similar results. The researchers tested the effect of 8,20mg and 30mg over three menstrual cycles.

The 20mg dose was found to be more effective than the 8mg, but the 30mg wasn’t better than the 20mg dose.

The scientists found that all PMS symptoms decreased more with each cycle so that by the third cycle almost all of the patients had no symptoms or only mild symptoms. 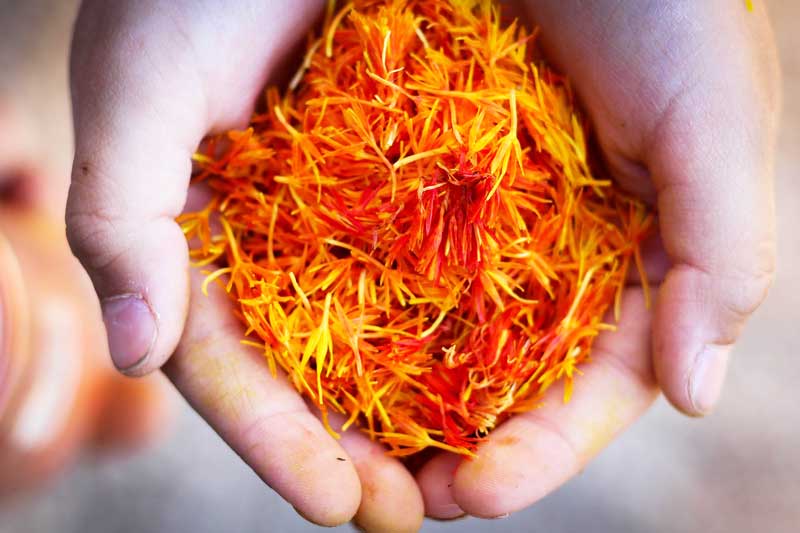 Saffron is the most expensive spice in the world.

It is so expensive because harvesting it is labor intensive. Saffron is actually the stigma of the blue flowers of the Crocus sativus plant. The stigma is handpicked and each flower only has three stigmas.

As a supplement, the spice has been shown to have an effect on a number of conditions, including depression, anxiety, blood pressure, weight loss, and appetite.

Saffron has also been assessed for its effect on menstrual cycle symptoms and it seems the spice could have a strong effect. However, there appears to be a limited number of research studies.

A double-blind and placebo-controlled trial in 2008 found that saffron was effective in relieving symptoms of PMS.

Of this group, 76% reported that they halved their symptoms. Only 8% of the placebo group experienced a 50% reduction in symptoms.

A systematic review of herbal treatments to alleviate premenstrual symptoms, mentions Vitex agnus castus as most consistently outperforming placebo with single trials also supporting the use of either Gingko Biloba or saffron.

Another systematic review, which looked at the effectiveness and safety of Iranian herbal medicines for the treatment of premenstrual syndrome, mentions saffron as one of a range of supplements that are effective for relieving PMS symptoms.

It is clear, however, that more systematic research is necessary to confirm the effect of saffron on PMS symptoms. 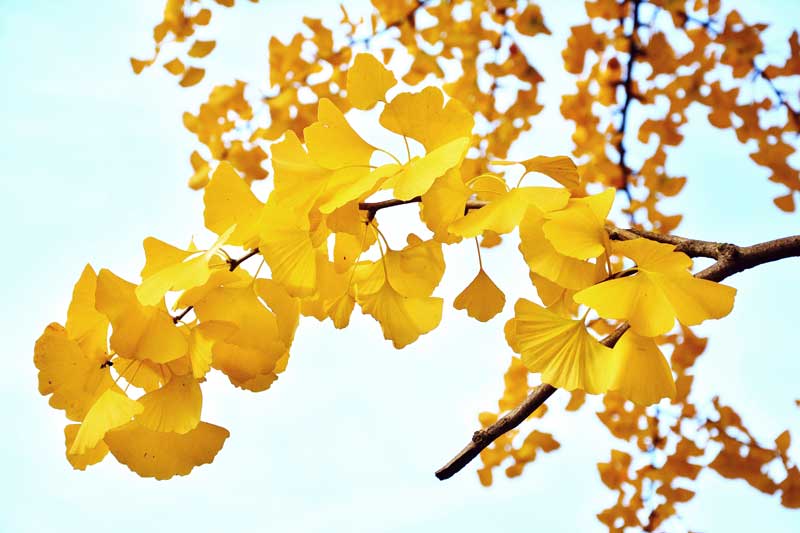 Ginkgo biloba is one of the oldest living tree species in the world and is native to China where it has long been used in traditional Chinese medicine. Gingko leaf extract is used to treat a variety of ailments.

Study results on the effect of Ginkgo biloba for the treatment of PMS are consistent but limited. Two research studies have found that Ginkgo biloba supplementation can reduce symptoms.

In a double-blind study versus placebo, 165 women were observed for the first month to confirm the presence of menstrual cycle symptoms.

During the two following cycles, each participant received either EGb 761 or placebo from the 16th day of the first cycle till the 5th day of the next cycle.

After the treatment, there was a significant decrease in the overall severity of physical and psychologic symptoms in the Ginkgo group (23.68%) compared to (8.74%) in the placebo group. 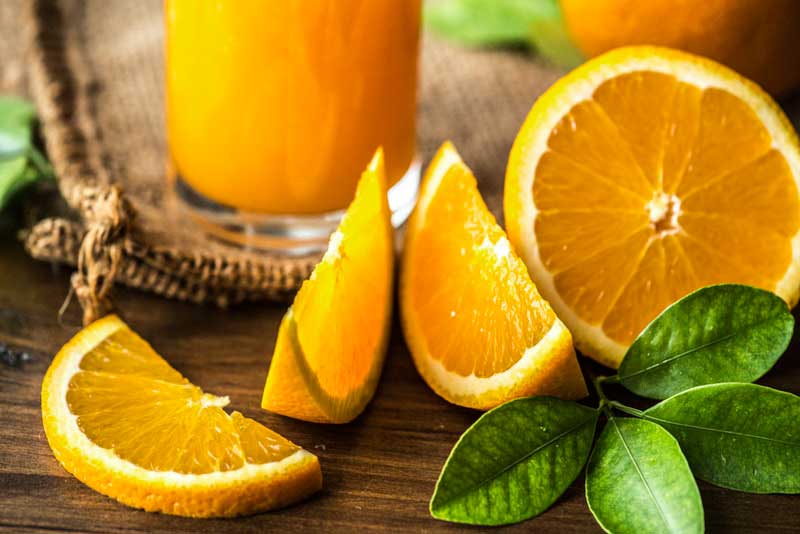 Study results on the use of inositol for the relief of PMS symptoms are inconsistent.

One study looked at the effect of inositol on the premenstrual dysphoric disorder (PMDD). It is a mood disorder that disrupts a woman’s social and/or occupational life.

They found that supplementation with 12g myo-inositol or gel capsules (3.6g) were both effective in reducing PMDD.

However, another cross-over, double-blind, placebo-controlled trial found that inositol had no beneficial effect on PMDD compared to placebo. 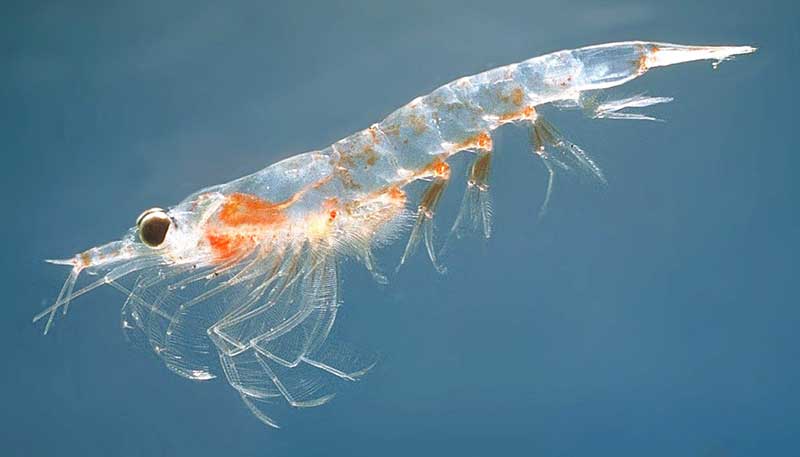 Krill oil comes from krill, a small shrimp-like planktonic crustacean found in the ocean. Krill is an important part of the diet of whales and other sea creatures.

Krill oil is rich in the type of omega-3 fatty acids that are exclusive to marine life.

It appears that krill oil can help to decrease symptoms associated with PMS, including period pains.

A double-blind, randomized clinical trial treated women with PMS over a period of three months with either krill oil or omega-3 fish oil.

Not only was there a statistically significant improvement in all menstrual cycle symptoms, the researchers discovered that the women who took the krill oil also took much less pain medication. 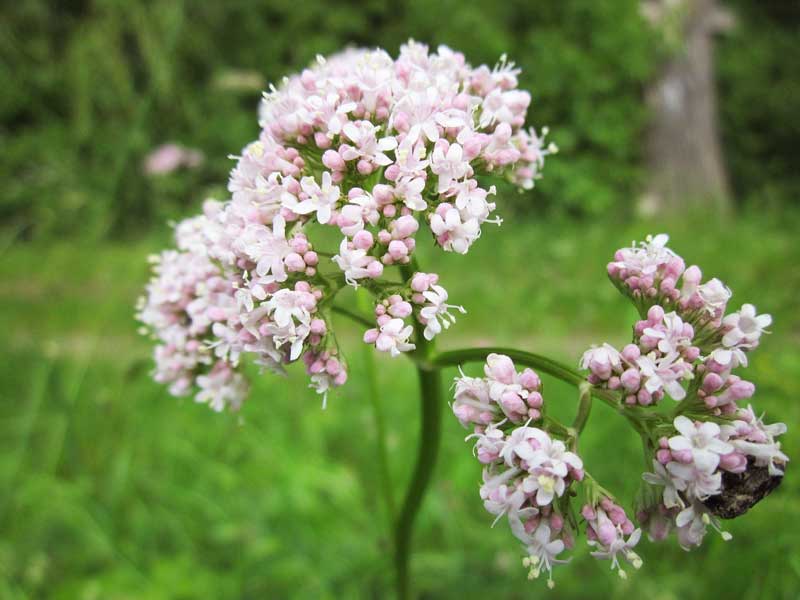 Valeriana officinalis, also known as valerian, is widely used in the form of an herbal tea for its sedative properties.

It seems that Valeriana can help with abdominal pain during menstruation.

One double-blind, randomized, placebo-controlled trial looked at the sedative and antispasmodic effects of Valeriana on the severity of menstrual pain.

Some 100 students were randomly assigned to receive either 255mg Valeriana or placebo three times a day for three days beginning at the onset of menstruation. This continued for two consecutive menstrual cycles.

The Valeriana treatment was found to be more effective than placebo in reducing abdominal pain during menstruation. The pain also lasted for a shorter time.

In another double-blind clinical trial, 100 female students were randomly assigned to receive Valeriana or placebo in the last seven days of their menstrual cycle for three cycles.

The results of this study also showed that Valeriana root extract may reduce emotional, physical, and behavioral PMS symptoms.

All of these supplements show promise, but Vitex agnus castus has been subjected to the most rigorous scientific research and the results have been mostly positive.

If you are considering a natural remedy to help you through menstrual cycle symptoms, you might like to give Vitex agnus castus a try. 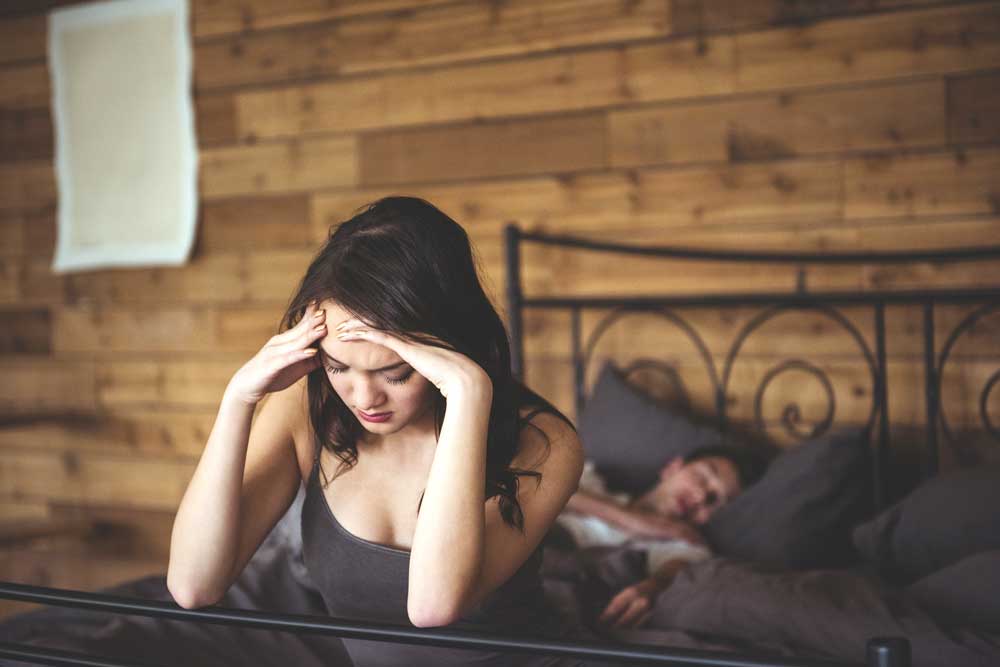