Drinking probiotic-rich milk during pregnancy may decrease a woman’s risk of developing two serious conditions that affect some women during pregnancy: pre-eclampsia and preterm delivery.

The study was published in the journal BMJ Open.

Pre-eclampsia is a serious complication in pregnancy where the woman develops high blood pressure and damage can also occur to the liver and kidneys.

Preterm birth is defined as birth before 37 weeks of gestation. Premature newborns face an increased risk of complications, among them immature lungs and related breathing problems, infections, digestive problems and more.

Both conditions — preeclampsia and preterm delivery — are associated with a higher degree of inflammation in the body that can be expected in a normal pregnancy, said lead author Dr. Mahsa Nordqvist, an OB/GYN at Sahlgrenska University Hospital in Sweden.

Probiotics — or “good” bacteria — might help reduce inflammation in the body and, therefore, potentially reduce the risk of these pregnancy complications, Nordqvist told Live Science.

Probiotics are live bacteria that are good for the digestive system. The live microorganisms are found in yogurt, enriched milk and Kimchi (a traditional Korean fermented cabbage dish).

There is already research proof that the mother’s diet has an effect on the outcome of pregnancy and previous research has suggested that probiotics might reduce certain complications during pregnancy.

For this study, the researchers looked at data collected from about 70,000 pregnant women in Norway, who were participants in the long-running Norwegian Mother and Child Cohort Study (MoBa).

Women were asked about their intake of probiotic milk products before pregnancy, as well as during early and late pregnancy. “Probiotics are freely available and becoming more and more common as adjuvants on the food market,” note the researchers in their paper.

Products such as kefir, milk containing the bacteria Lactobacillus acidophilus, and yogurts with added probiotics might be considered comparable products to the probiotic milk described in the study, Nordqvist added.

However, the researchers did not look at probiotic supplements because very few women in the study said they used them.

The women drank an average of 1.5 cups a day of probiotic-enriched milk products, however, the amount consumed didn’t make any difference.

The researchers found that drinking probiotic milk during late pregnancy was associated with a 20% lower risk of pre-eclampsia, while they found that the intake of probiotics during early pregnancy lowered the risk of preterm delivery by 21%.

The results appear to suggest that consuming probiotics late in pregnancy can lower the risk of pre-eclampsia by reducing symptoms such as high blood pressure and protein in the urine, which tend to occur in the third trimester, Nordqvist told Live Science.

One explanation for this result is that preterm delivery can often be related to infection, which leads to inflammation in the body, Nordqvist said.

The results suggest that if the body’s inflammatory response can be lowered at an early stage of pregnancy, this may lower the risk of giving birth too early, she said.

The researchers note that this is an observational study, so no firm conclusions can be drawn about cause and effect. They were also not able to determine which strains of the bacteria were responsible for the positive effects.

They conclude that if future randomized controlled studies support their findings that probiotics have protective effects against preeclampsia and preterm delivery, recommending the intake of “would be a promising public health measure to prevent these adverse pregnancy outcomes.” 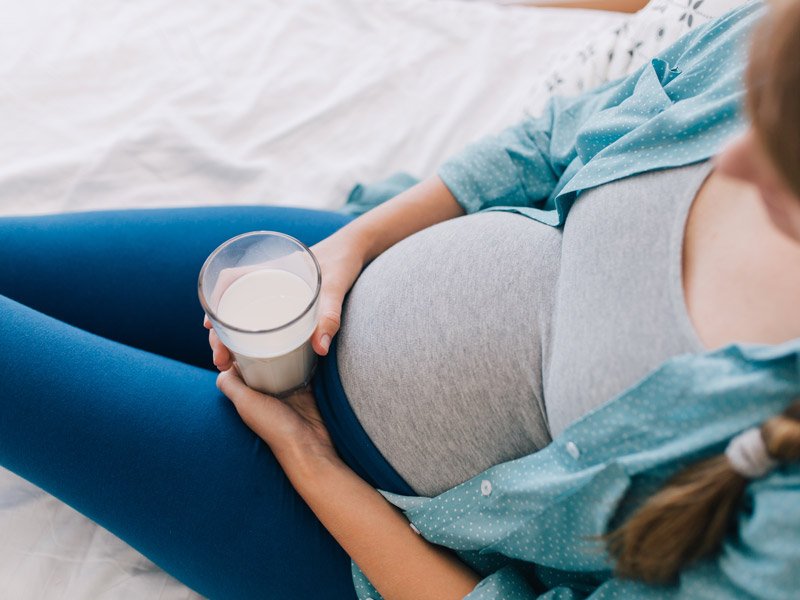