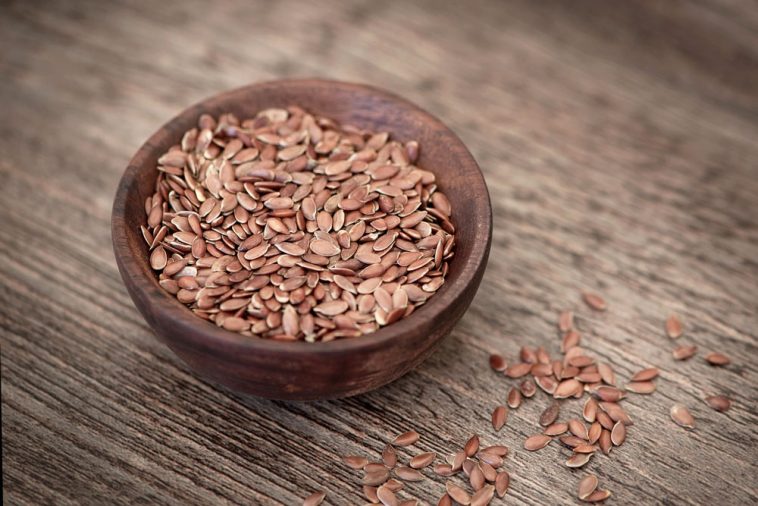 Flax seed is a fairly recent addition to the modern diet – I don’t remember eating it as a child or even as a teenager.

Yet, the flax plant has been with us since the beginning of civilization. We know it as that the plant with the long, thin leaves that linen is made of.

But, the flax plant is a very useful crop, producing nutritious seeds as well as strong fibers for the production of linen.

Flax seed is emerging as an important part of the modern diet because of its high nutritional profile and potential to reduce the risk of disease.

Because flaxseed is so nutritious and its nutrients contribute to many health benefits, flax seed is seen as a functional food – that is a food that we can include in our diets to achieve certain health outcomes.

Let’s look at some of the health benefits of this nutrient-dense seed.

Flax Seed is high in nutrients 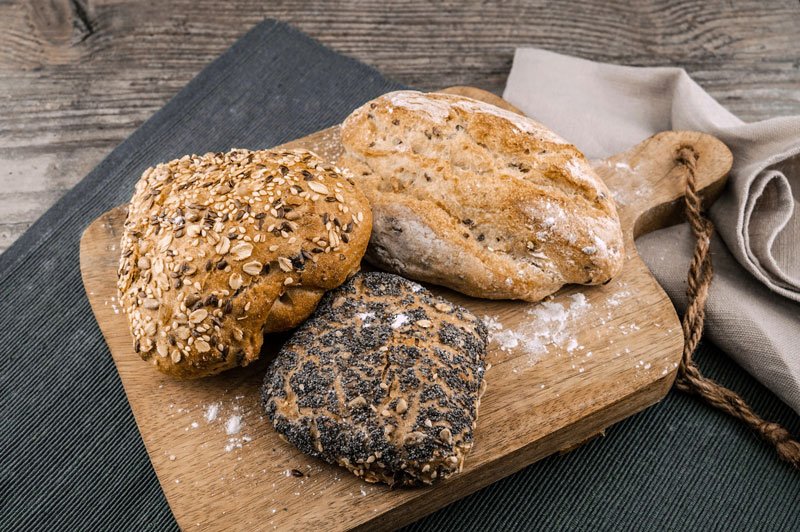 Flaxseed is a rich source of protein, healthy fat, antioxidants, and fiber. The seeds contain lignans, very high levels of the essential fatty acid alpha-linolenic acid, as well as an array of minerals, including folate, calcium, iron, magnesium, phosphorus, and potassium. The seed also contains vitamin B1 and B6.

Lignans are plant compounds that have antioxidant and estrogen properties, which can help lower the risk of cancer.

It is a rich source of omega-3 fatty acids 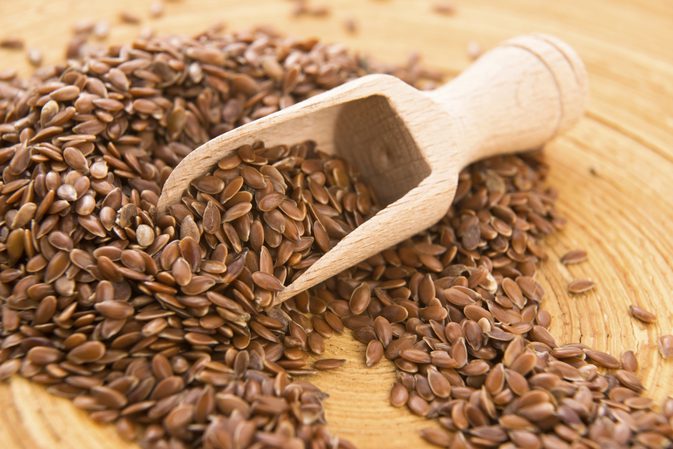 Flaxseed is one of the richest plant sources of the omega-3 fatty acid i.e. α-linolenic acid (ALA).

Research has found, however, that the bioavailability of ALA is dependent on the type of flax you consume.

Omega-3 fatty acids in the diet are important because they can lower the risk of heart attacks and combat coronary artery disease.

The health benefits of all omega-3 fatty acids (ALA, EPA, and DHA) also extend to other conditions including hypertension, atherosclerosis, diabetes, cancer, arthritis, osteoporosis as well as autoimmune and neurological disorders.

Flax Seeds are rich in soluble and insoluble fibers 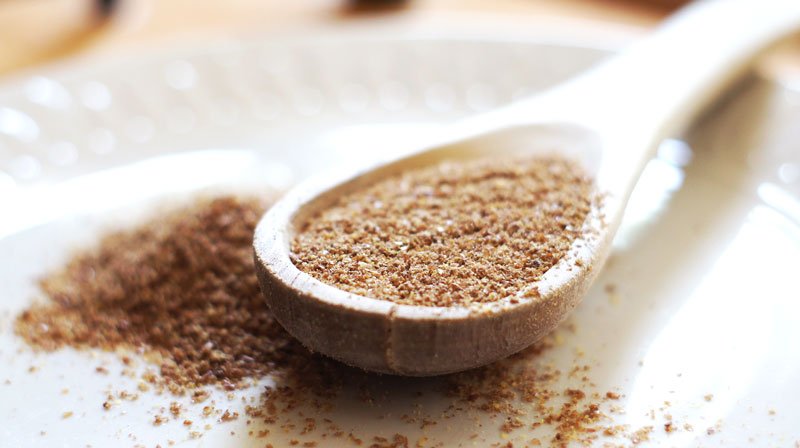 The insoluble fiber consists of cellulose and lignin, and the soluble fibers constitute the mucilage gums.

Mucilage gums give flax seed a jelly-like appearance once it comes into contact with water or other fluids. 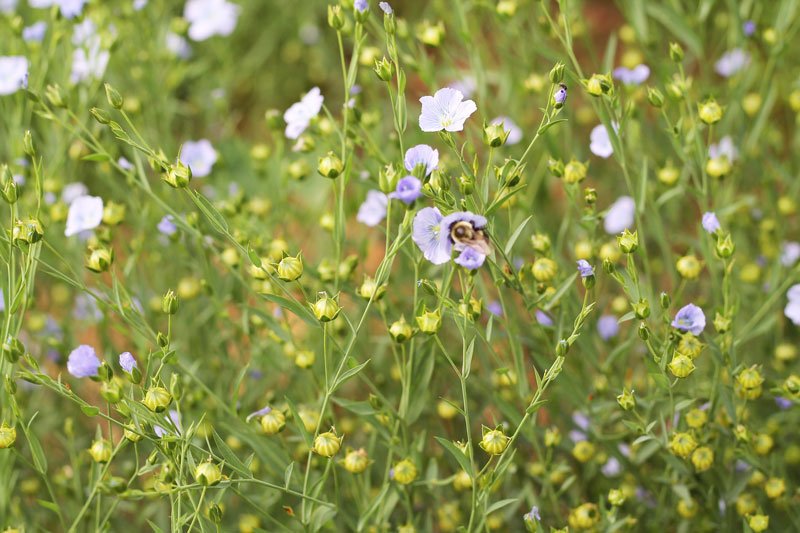 Lignans are present in almost all plants. These compounds can act as both antioxidants and phytoestrogens – that is, they can a have weak estrogen activity.

Interestingly, flax contains up to 800 times more lignans than other plant sources.

A clinical review has found that flax lignans have shown promising effects in reducing the growth of cancerous tumors, especially hormone-sensitive ones such as those of the breast, the inner lining of the womb, and the prostate.

A Canadian study involving more than 3,000 women found that eating flax seed is associated with a significant reduction in breast cancer risk.

Clinical trials in men who already have prostate cancer or show signs of developing prostate cancer show that adding flax seeds into the diet may provide some health benefits, including a reduction in the increase of tumors. 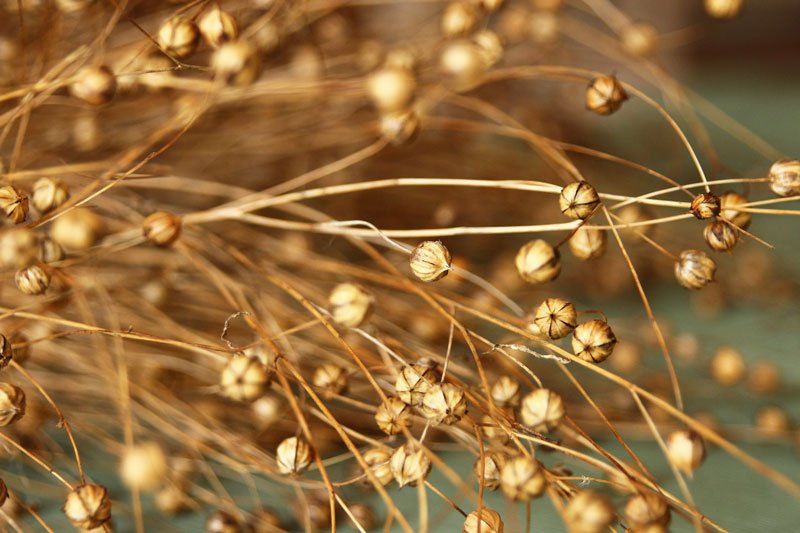 In an open-label study, 29 diabetic volunteers were either assigned to receive a diet supplemented by 10g of flax seed or a placebo. The rest of the diet and medication stayed the same.

Those who ate these seeds reduced their fasting blood glucose by 19.7% and glycated hemoglobin by 15.6%. The researchers concluded that flax seed has a therapeutic potential for diabetes.

Another study, noted in this article, supplemented the diet of 25 diabetics with flax seed powder for 90 days. The researchers reported a significant reduction in blood glucose levels after supplementation.

However, another study in postmenopausal women didn’t find the same effects.

Scientists say the high fiber content of flax seed contributes to the protective effect. Dietary fibers have been shown to slow down the release of sugar in the blood.

Flaxseed could protect against cancer 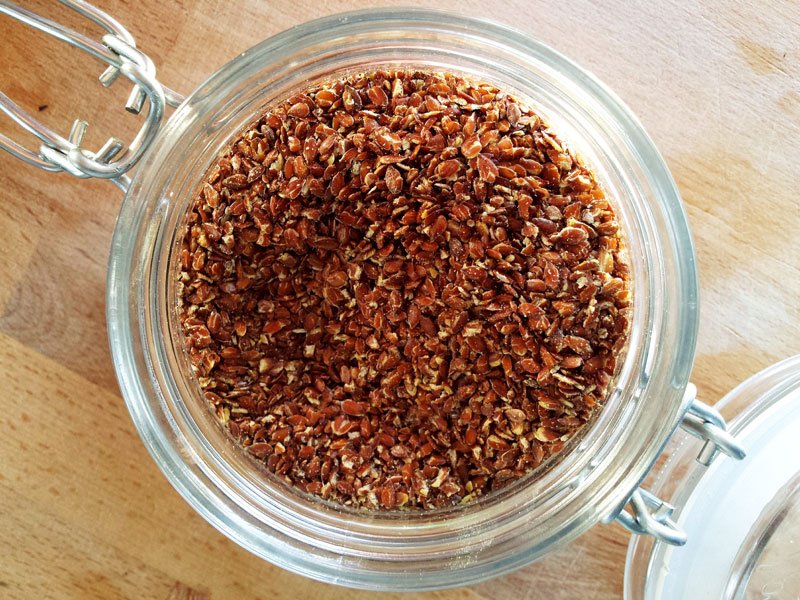 Research has shown that flax seed inhibits the formation of colon, breast, skin, and lung tumors and indicates a protective effect against breast, colon and ovarian cancer.

One mice study found that groups of mice that received 5 % and 10 % flax seed in the diet for 8 weeks, showed reduced tumor growth of 26 % and 38 %, respectively. 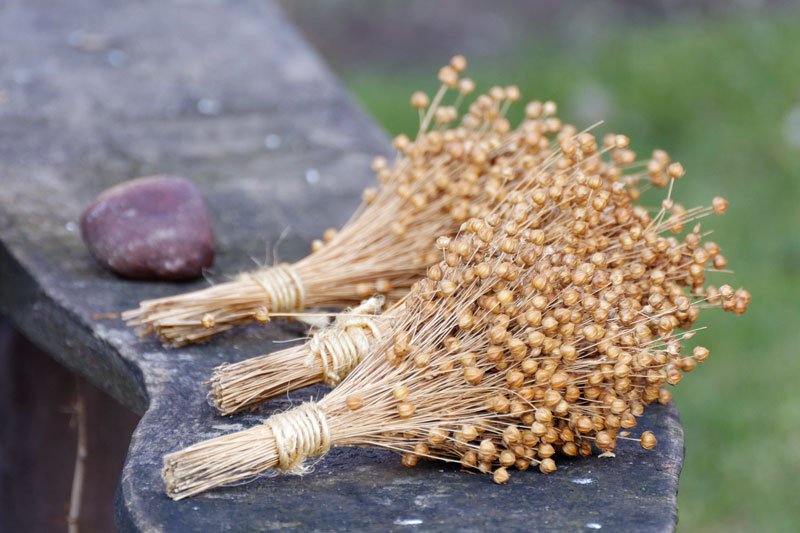 And flax seed seems to be a powerhouse for the fight against kidney disease.

Scientists think that the anti-inflammatory properties of omega-3 fatty acids in flax seed may protect kidneys from damage.

Also, high blood pressure is a risk factor for chronic kidney disease, so the effect of omega-3 fatty acids on blood pressure may also be a potential mechanism by which flax seed could protect the kidneys.

In addition, the type of protein in flax seed may also play a role. One animal study showed that in a diet where the source of protein was flax seed, the development and progression of chronic renal disease was slowed down.

Flax Seed can reduce the risk of cardiovascular disease 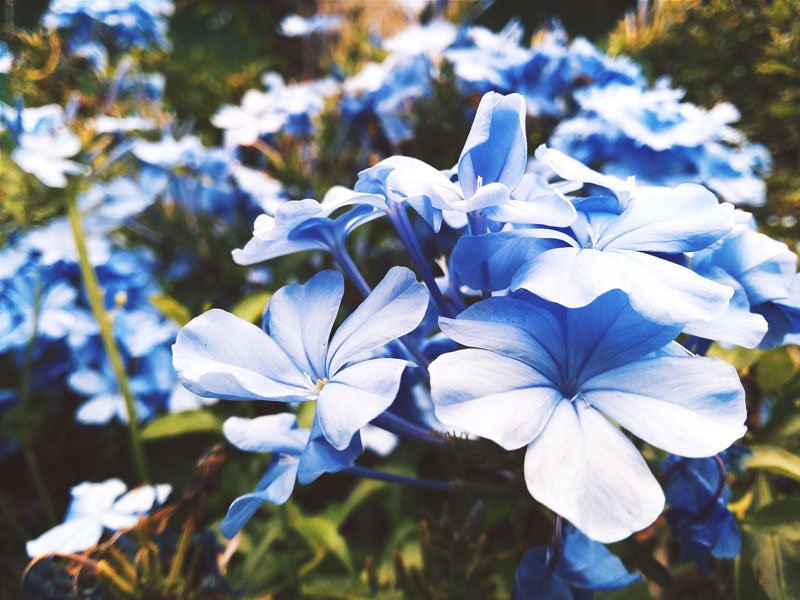 Some studies suggest that the alpha-linolenic acid (ALA) found in flax seed and flax seed oil, might benefit people with heart disease.

Several studies have reported that with high ALA levels the incidence of primary cardiovascular events like heart attacks decreases.

Some research also suggests that flax seed might help lower high blood pressure, which plays a role in heart disease.

This study examined the effects of daily intake of flax seed on systolic and diastolic blood pressure.

It was a double-blinded, placebo-controlled, randomized trial, involving 110 patients. They ate a variety of foods that contained 30 g of milled flax seed or a placebo each day.

Flax Seeds could help you lower your cholesterol 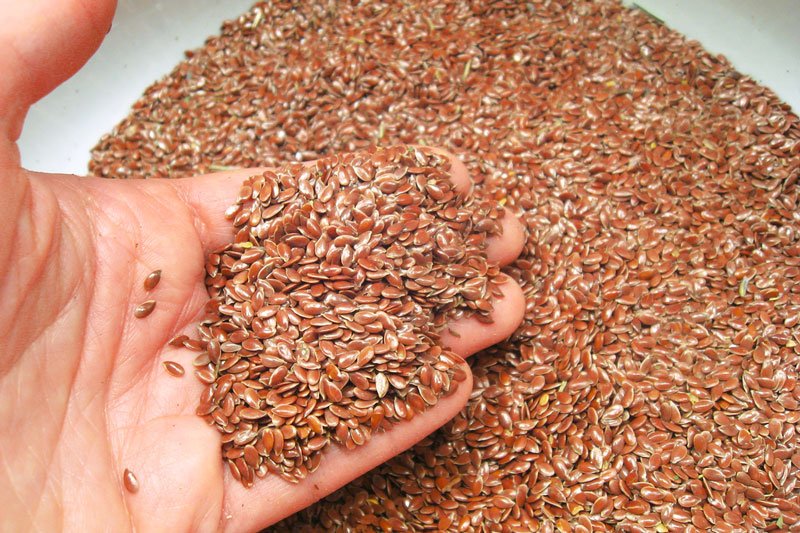 According to researchers, flax seed-enriched diets have been reported to induce anywhere from 0% to 18% decreases in LDL (low-density lipoproteins) and 0% to 11% decreases in TC (total cholesterol).

In this study people with high cholesterol, took 30 grams of flax seed powder every day for three months. They lowered total cholesterol by 17% and “bad” LDL cholesterol by almost 20%. The subjects had also lowered their weight and blood pressure.

It is thought that a combination of the high levels of lignans, omega-3 fatty acids, and fiber contributes to the various health effects of flax seed, including lowering cholesterol, lowering blood pressure and reducing the risk of cardiovascular disease.

How Should Flax Seeds be Eaten?

Because the outer hull of the seed is not digestible, it is better to enjoy flax seed milled or grounded.

You can also experiment with flax seed oil in your cooking.

Add the ground seeds to yogurt, oatmeal, cereal, smoothies or as part of a pie crust and other baked goods like muffins. 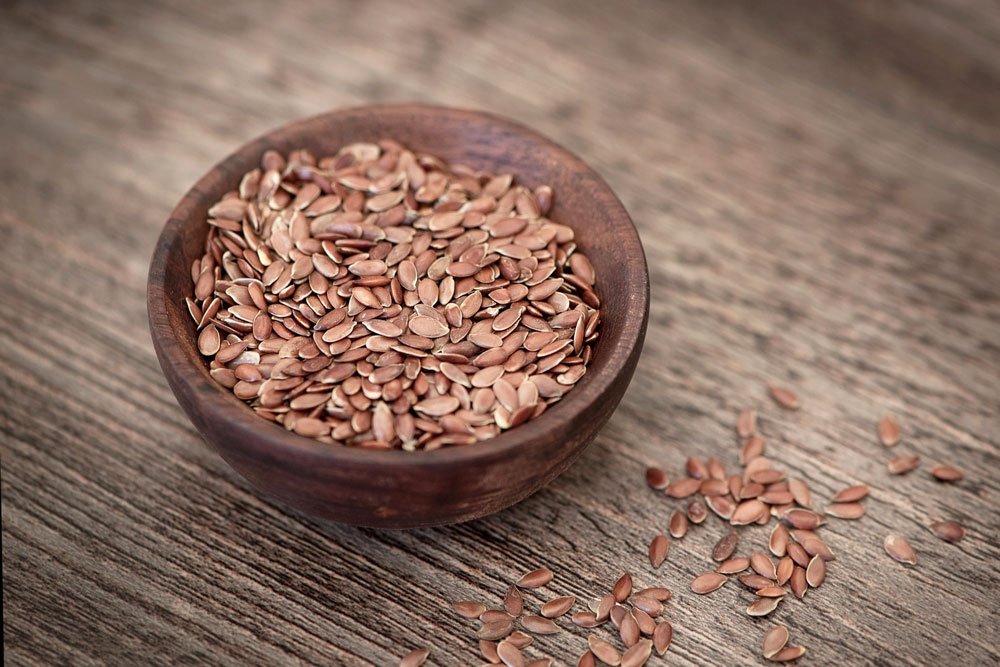