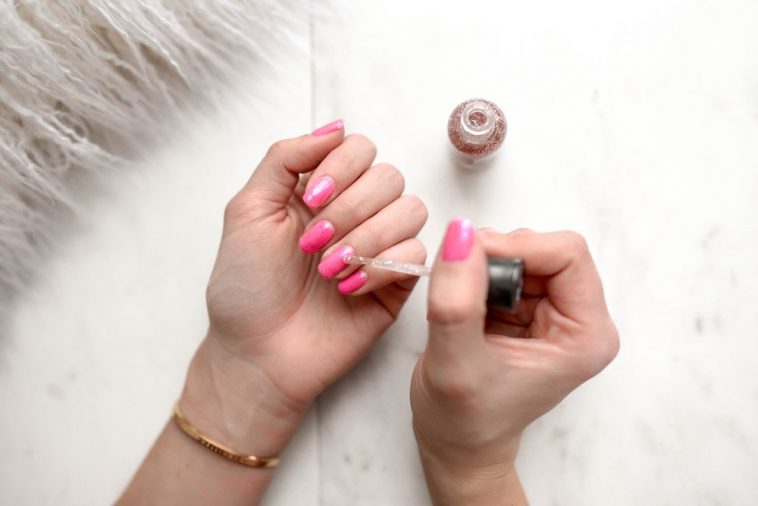 A practice called “regrettable substitution” may mean that the non-toxic nail polish you’re paying so much for is just as harmful as the ones you have decided not to buy.

A new study published Wednesday in the journal Environmental Science & Technology suggests that even brands that advertise their products as safe may be substituting toxic chemicals for chemicals which are equally dangerous.

There is a growing concern about the harmful effects of chemicals from plastics in our lives and long-term health.

Since the early 2000s manufacturers have taken action to remove harmful chemicals and potentially toxic ingredients from their products and labeling them as free of those substances.

They then labeled their products as “3-free”, meaning that their products were now free from these three toxins. Plasticizers improve flexibility and chip resistance in nail polish, so manufacturers started using alternatives.

What happened next is that manufacturers started removing more chemicals from their nail polish and consumers started to see products labeled as “5-free,” “10-free” and even “13-free.”

On the face of it, consumers now had safer products to choose from, but that was not so, according to the study.

The concern is that there is little standardization around which chemicals are excluded so it’s difficult to determine which chemicals are in fact excluded or substituted and with what. To make matters worse, some substitutes like the plasticizer triphenyl phosphate (TPHP) may be just as harmful as the original ingredients.

This practice in which toxic chemicals are replaced with compounds (sometimes of the same chemical class) that are later found to also be toxic, is known as “regrettable substitution.”

To analyze the plasticizers in nail polish, Anna Young and colleagues at Harvard University looked at the contents of 40 nail polishes across 12 different brands, all of them labeled 3-free and up to 13-free. The scientists wanted to compare the measured plasticizer content against nail polish labels.

The scientists found that manufacturers have generally removed DnBP and are reducing the amount of TPHP they use. However, the study found inconsistencies in nail polish labels and found that DnBP was being substituted with TPHP and DEHP. This is not a move in the right direction.

“Similarly to TPHP, DEHP is a semi-volatile endocrine-disrupting chemical,” write the scientists.

“DEHP can cause adverse reproductive health effects, impaired development, and metabolic disruption. It is also a possible human carcinogen that was banned from cosmetics in the European Union at the same time as DnBP in 2004.”

The scientists point out that DEHP may be absorbed more effectively from ingestion or inhalation than through skin contact and express concern for people working in nail salons as some studies show that it persists in indoor environments for years. This means that salon workers may be exposed to DEHP through inhalation rather than skin contact.

TPHP has been shown to be an endocrine disruptor that can adversely affect thyroid function and reproductive health in humans.

In addition, the scientists found unmeasured plasticizers disclosed in some ingredient lists which included plasticizers that have not been studied adequately for toxicity and calls for caution when introducing these into nail polish.

In general, there is no labeling standardization across products, so it’s hard to determine what compounds are included in a product’s list of exclusions.

The study results show that a higher number of exclusions doesn’t mean the product is less toxic. For example, some labels show the exclusion of animal-derived ingredients, gluten, fat, or soy, which are not toxic nail polish ingredients for which the labels were initially intended.

“With little standardization or validation of the claims, it's challenging for consumers and nail salon workers to know what these labels really mean for health,” Young says.

“It's not as simple as what substances aren't in nail polish; we have to address harmful chemicals still present or added as substitutes.”

The scientists say that nail polish labels would benefit from standardization and validation by a third unbiased party and should exclude ingredients based on a chemical class-based approach (e.g., phthalates and organophosphates as a whole) instead of one ingredient at a time.

In this case, certified labels would be more useful for consumers, nail salon owners, and nail salon workers when they decide what nail polish to buy.

Who are at risk?

Concern about the exposures and health effects of nail polish caused the US Environmental Protection Agency to conduct research in 2012 and produce a guide to protect the health of nail salon workers who are exposed to harmful chemicals on a daily basis.

In fact, researchers have shown that chemicals used in personal care products, including nail polish, can wind up in umbilical cord blood and in infants.

One such class of chemicals is phthalates found in many cosmetics including nail polish containing fragrance. This chemical can disrupt hormones and alter development in a growing baby.

Women should watch out for the terms “fragrance” and “perfume” which may hide the fact that a product contains phthalates.

Toxic chemicals in products like plastics and cosmetics are known to interfere with hormones and disrupt the body’s endocrine system. We’re all exposed to these chemicals on a daily basis, but they are especially harmful to young children, newborn babies, and babies in utero.

The Natural Resources Defense Council (NRDC) propose nine ways that we all can limit our exposure to harmful hormone-disrupting chemicals, including avoiding plastic as much as possible and not buying cosmetics for children. 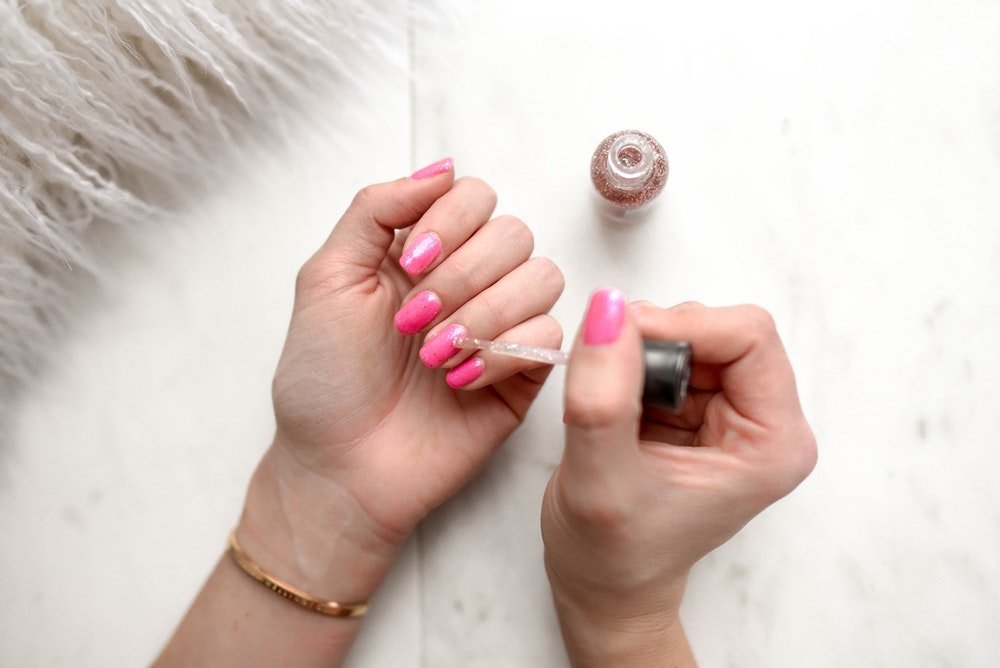