Dr. Linnea: And you mentioned using OTC medicine medicines, for example, Tylenol or Advil, these common drugs that we keep at home and we never know when it's good to use them, or if we're exaggerating, and so, how do you feel about that? What are some recommendations to make good use of those?

Dr. Changa: Yes, that's a great question because this is a very common thing that we encounter as parents, and it's so easy to obtain these medications, you don't need a prescription for them. You can buy as much as you want from the pharmacy. And in some countries, medications like ibuprofen are regulated under prescription. But certainly, acetaminophen, which is what you find a Tylenol is freely available over the counter. I can confidently say that no medication, none whatsoever, is free of side effect. But I also want people to bear this in perspective.

If a serious or life-threatening condition requires a certain medication, then the benefit of using that medicine should outweigh the side effects. A classic example is if someone has a pneumonia or a lung infection, chances are you need antibiotics. Yes, the antibiotics will have a side effect or a lot of unwanted effects as consequence of taking that antibiotic, but the pros and cons must be weighed carefully.

So similarly, when we talk about over-the-counter medications, or OTC medications, we use it commonly in two situations. One is fever, the other is pain, and I'll touch on both of those. As an infectious disease specialist, I have a healthy respect for fever. I love to see fever in my patients. It's when my patients have a very serious infection but don't have fever, I worry because that's a bad thing.

Whenever we did our sixth-grade chemistry lab, if there was a chemical reaction and we wanted it to go faster, we would do a few things. We might put it in a chamber and shake it. We might change the pH by making more acidic or basic so the reaction can perform. The third thing we used to do, if you recall, is we would heat it over a Bunsen burner. So heat makes a chemical reaction occur faster in more directions.

So, deep in our brains, there's a place called hypothalamus. Think of it like your body's thermostat. If there is a need to raise the temperature, automatically the hypothalamus would set it at a certain level, keep it at that level for a certain period of time and then drop it down. We call that the fever's palace [SP], and the fever finishes when you have the sweats and so on and so forth. And this is a very exact science for the most part, where the body has determined certain things need to happen a certain way, the cytokines and chemical reactions need to be optimized a certain way.

So we are going to subject the body to this amount of temperature for this long and then we're going to turn it off. And there's enough evidence to suggest that if we interfere with this process illnesses last longer. There have been some studies around chicken pox where two groups of children, one group would be treated at will with any kind of fever-reducing medicine and the other group would not. And the group who were treated with the fever-reducing medicine had more of the pox on their body and took longer to get better.

There have been some studies done with the viral shedding. Shedding is when we shed the virus from our bodies and we pass it on, and there's evidence to show that if fever is artificial controlled, people shed virus for longer so that you may be a transmission vehicle for a longer time if you take fever-reducing medicine.

So, there's a lot of evidence to satisfy me as an infectious disease specialist and a father to leave the older three children alone if they have a fever. But getting back to my youngest, my baby, because he has an adverse condition related to his fever, in his case it's febrile seizures, fever fits, I don't let his fever go up to where I know that a seizure might happen. So in his case only, I might do sponging with what we call tepid water. It's not cold water because when you put cold water, the blood versus clamp down and your body's ability to dissipate heat, it actually interferes with it. So, use lukewarm or room temperature water and just sponge the axilla and the groin. And if that doesn't work, I may reach from some acetaminophen and give him some fever-reducing medicines, in his case.

So this is a good example where there's no firm answer, but we must always use over-the-counter medicines only if absolutely necessary. That's lesson number one. Lesson number two is that fever is not a bad thing. And we shouldn't be so focused on controlling fever. This is culturally a very sensitive issue. A lot of parents in different parts of the world I worked in see fever as the disease. But it's not fever, it's simply an indicator.

And if we get some examples from a related industry, the aviation industry, and there are some air accidents where when you investigate these accidents thoroughly there are certain biases that we've noticed in the flight deck. And sometimes it's an alarm that keeps going off. And the pilots get so distracted with trying to turn that alarm off or trying to fix that one problem that they forget one of the cardinal rules of aviation, which is fly the plane. And despite all the training and the awareness, there had been several fatal accidents because people will focus on the alarm and forgot to fly the plane.

So I want to extrapolate that example and apply it to our parents. If there's a fever, don't be fixated on the fever, the fever is the alarm. And don't forget to fly the plane, which means look after your baby, not the fever. And this means doing the right thing. If all of those green lights are there, normal level of activity, drinking enough fluids, making urine, just wait and see. Don't reach for the over-the-counter medicines just because it's a fever. A fever in most cases, in the majority of cases, is a good thing. So I really want to drive that message home.

The risks of fever, dehydration is a very important issue. So, I don't want people to take away, “Dr. Changa said don't treat the fever and just let your child get dehydrated.” No, that's forgetting to fly the plane. So, as long as the baby is drinking enough fluids and peeing, then you've addressed the dehydration issue.

The second thing we treat with over-the-counter medicines is pain. And we all want our children to be comfortable, especially if there's a tummy pain at night, we just want our children to get a good night's sleep. I've given pain medicines to my child when he or she was a pain but there are two things to bear in mind when you do that. One is that if you do take the child to the physician or the doctor, where the pain is and how severe pain is maybe a very important clinical clue. So if you are taking your baby to the doctor, try to hold back and not give any pain medications until the baby's seen by a doctor, that's one.

The second thing is, and I tell this to my adult patients, is, let's say you have a sprain in your leg, you've twisted your ankle, and every time you step a certain way it sends a message to the brain, “Oh, that hurts,” that is a very, very important protective mechanism because that would prevent further injury to that ankle by auto-regulating what you can and cannot do.

So you'd have to postpone your snowboarding until your ankle gets better. But what if you interrupt this pathway by taking pain medicines so then you can walk, dance, snowboard, your ankle feels fine, but the injury actually gets worse because now you've taken away the natural precaution that your body is trying to send your brain, “Look, you can do this activity but you're not ready to do this yet.” So, pain also has a very message and purpose. So I'll just ask my parents to bear these two things in mind. 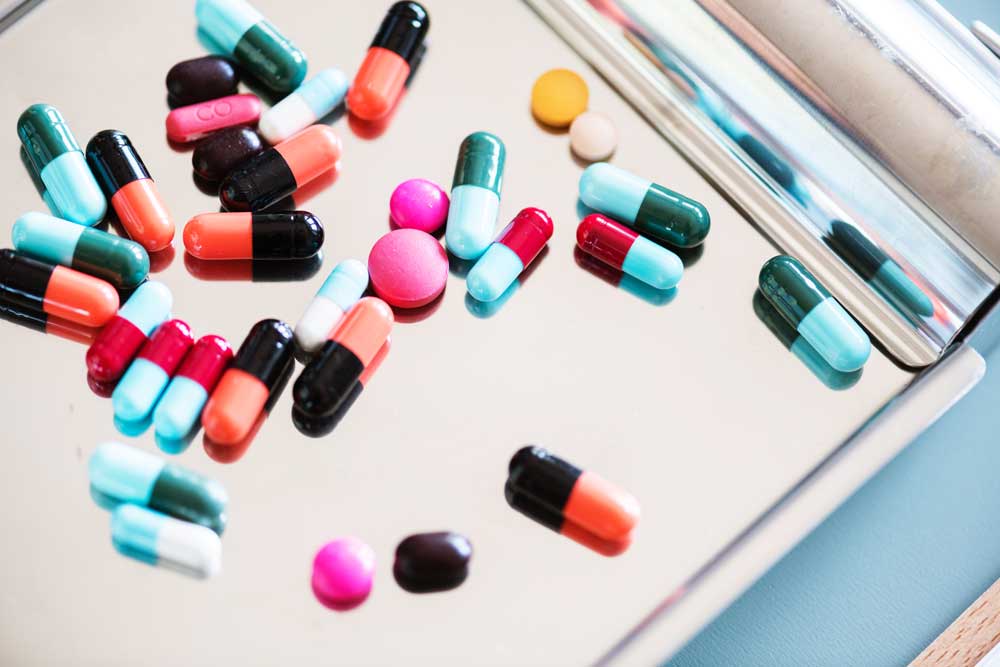