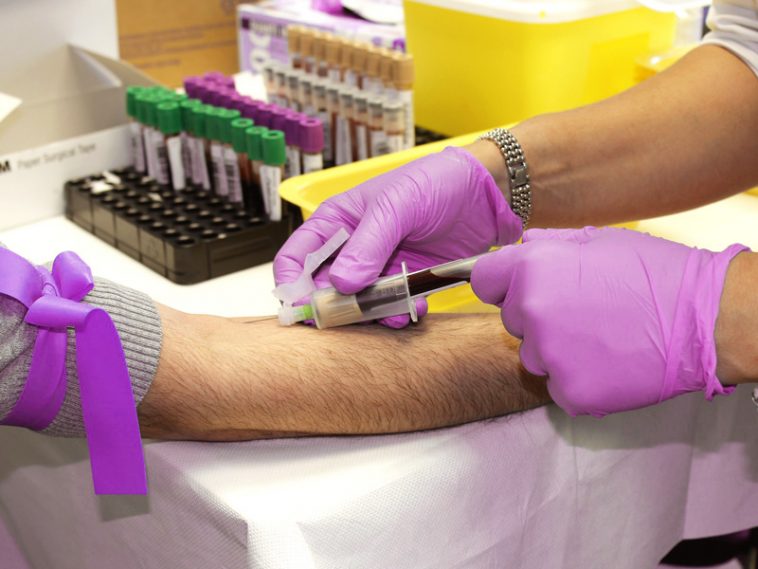 James Harrison leaves an impressive legacy: he has saved the lives of millions of babies.
How did he do that?
He selfishly donated blood every week for 60 years. That is a rare commitment, but rarer still is the blood that he donated.
Harrison has a rare blood type that has the antibodies for rhesus disease that can be deadly to unborn babies.

Rhesus is a blood disease where a pregnant woman’s blood actually starts attacking her unborn baby’s blood cells. The condition can result in brain damage or even death for the babies.
Known as “the man with the golden arm”, the 81-year-old Australian recently retired from donating blood. Australis’s Red Cross Blood Service estimates that his donations have saved the lives of 2.4 million babies.

A Youth’s Decision to Become a Donor

Harrison decided to become a blood donor at a very young age after a serious operation. On waking up after the operation during which one of his lungs was removed, the 14-year-old Harrison learned that his life had been saved by a blood donation. The young Harrison then and there decided to become a blood donor himself. In Australia, you can start donating blood at age 18.
Not long after he started donating blood doctors contacted him and told him about a very special role he could play in the lives of many people. The doctors had discovered an antibody in his blood to a disease that had been killing millions of babies in Australia. They said his blood could bring an end to that suffering.

At that time in the sixties, thousands of babies were dying in Australia and the rest of the world each year from what would later be become known as rhesus disease.

Doctors went ahead and used Harrison’s blood, specifically the antibodies in his blood, to develop a vaccine. The vaccine is called Anti-D. It treats rhesus disease.

“Australia was one of the first countries to discover a blood donor with this antibody, so it was quite revolutionary at the time,” Jemma Falkenmire from the Australian Red Cross Blood Service told CNN.

“In Australia, up until about 1967, there were literally thousands of babies dying each year, doctors didn't know why, and it was awful. Women were having numerous miscarriages and babies were being born with brain damage.

“Every batch of Anti-D that has ever been made in Australia has come from James' blood and more than 17% of women in Australia are at risk, so James has helped save a lot of lives.”

What is Rhesus Disease?

During childbirth when some fetal blood may enter the mother's system, the mother gets sensitized to RhD positive blood. Her immune system responds with antibodies because it sees the RhD positive as foreign and dangerous.
When next she becomes pregnant with an RhD positive baby, the antibodies can cross the placenta and start attacking the baby’s red blood cells.

If action is not taken, the baby may be anemic, have a risk of brain damage or even die before birth.

The use of anti-D injections has greatly reduced the incidence of babies dying from rhesus disease by reducing the chances of RhD negative women forming antibodies.

When Should the Anti-D Injection be Given?

Doctors usually give the anti-D injection within 72 hours after the birth. This practice is supported by research which found that anti-D given to Rh-negative women within 72 hours of giving birth to an Rh-positive infant decreased the likelihood of the women developing Rhesus antibodies within six months of the birth and in their next pregnancy.

Rhesus disease can also be treated with a Rhogam injection. RHo (D) immune globulin is a sterilized solution made from human blood. The FDA approved RhoGAM in 1968, and it has been used successfully since then to treat rhesus disease.

Rh-negative women who are experiencing their first pregnancy, usually receive a RhoGAM injection in their 28th week of pregnancy, and then again within 72 hours after delivery.
The injection RhoGAM soon after birth neutralizes any fetal blood cells in the mother’s circulation before her immune system has a chance to react.
For every following pregnancy, the doctor will administer RhoGAM at regular intervals, especially during the second half of the pregnancy.
The injection is also given to Rh-negative women after a miscarriage or an abortion to prevent future pregnancy complications.

Drugs.com warns that RHo (D) immune globulin is made from human plasma which may contain viruses and other infectious agents. You should talk to your doctor about the risks and benefits of using the medication. 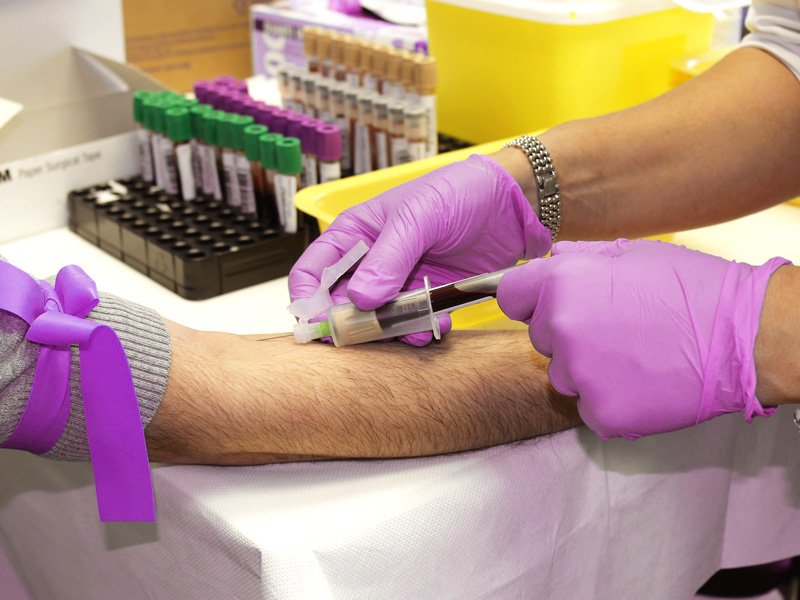