Dr. Linnea: So this is one of the core principles of Montessori, right? To have children, different ages helping each other out, and how…can you explain a little bit about this?

Sharon: So in my environment, there they come at the age of three until the age of six, sometimes a little bit younger than three and in the end, I'm gonna have some that will be almost seven when they leave me. And I'm grateful for this school because the children don't move on until they're ready. It's not about their age, it's about their readiness. So that really is a big piece because like I said, with this little boy that came in, he wasn't ready in his being but he came in and we figured it out but he can stay his three years or he can move on, you know when he's ready. It's not just three years.

So this little guy who's come in, you know, it was clear when he came in, he was kind of everywhere. And it wasn't just the adults who were saying, “Okay. Let's not run through the classroom.” The other children were saying…they can see it, they can see how it's like a whirlwind has come in, the whole dynamic of the room has changed because of this one person. And I'm saying, “Okay, he just doesn't understand, we have to teach him.”

And then, on the other hand, not the same child, but another child who was younger, I was talking to an older child, and we were doing a little activity and I said, “Can you find a pink cube that is not from the pink tower?” And this was a six-year-old child I was talking to. And she stood there and she looked around and she said, “No, I can't.” And another child who's four said, “I can.” And I said, “Oh, okay. You show me.” And she was able to find what I was looking for. She didn't even think about it, she knew right away what I was thinking of and she went and she got it.

So there's lots of mentoring both from the younger to the older and the other way around, this is what a family is. Families are all different ages, you don't have all…some do, some have all three ages at one go, but you don't generally. And when you finish school and you go to university and go to work, you don't work with people of the same age group as you.

So we're kind of developing this feeling of human to human as opposed to younger to older, or older to younger. It's a very important piece. It's a very, very important piece. And because they're in here three years, they have three years to complete all the activities that are in the classroom, they don't have to do all one year. I get to know them, they get to know me, we all understand each other within a couple of months, and then we've got three years to get through all the things that we need to get through and to be comfortable with each other and to be comfortable with everybody in the group. And then every year the oldest group moves on, and everybody moves up and then a new group comes in. So it's just a constant cycle of life, which is very natural to the way society is. 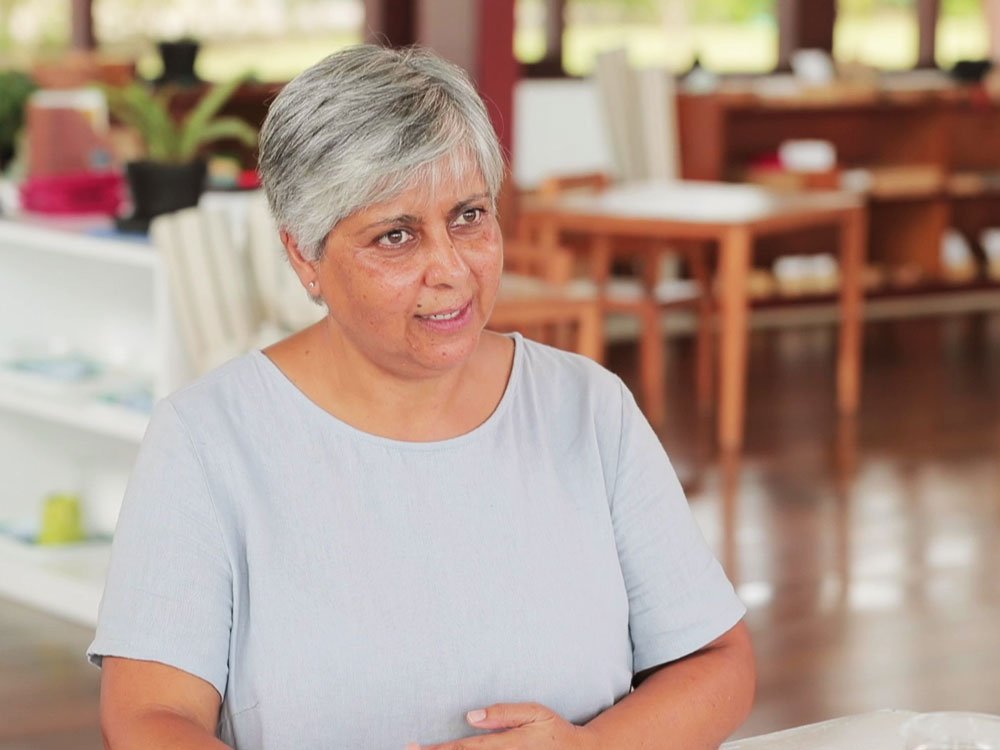